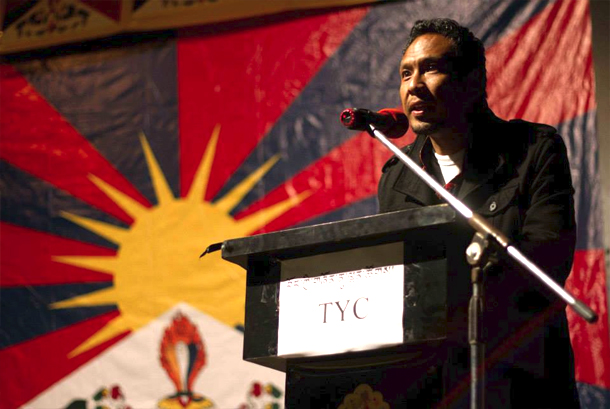 Dharamshala: - The Tibetan Youth Congress (TYC), the largest of the Tibetan youth organizations and NGO in-exile has strongly condemned and rejected all allegations against the spiritual leader His Holiness the 14th Dalai Lama by followers of Dolgyal-Shugden.

In May 1996, TYC held a special conference, which followed with an adoption of a series of resolutions for policy directives to be pursued on this issue. Since then, TYC and their members worldwide have been actively involved in educating Tibetans and non-Tibetans on the issues surrounding the worship of the Dolgyal-Shugden spirit.

The following year, the director of the Buddhist Dialectic Institute a close associate with the Dalai Lama, Venerable Lobsang Gyasto was murdered along with his two young disciples in Dharamshala, India. The investigations undertaken by the Indian police concluded that the followers of Dolgyal-Shugden were behind the murders. TYC will hold once again a special session on this issue during the 45th Working Committee Meeting that will take place later this year.

The latest occurrences including violent assaults and confrontations on the spiritual leader the Dalai Lama during his trip to North America and Europe earlier this year have been a clear indication that Dolgyal-Shugdun followers are increasing their propaganda. Professor Robert Thurman of Columbia University and a renowned Buddhist Scholar, has recently written an article that was published in the Huffington Post that connects the Chinese government's role in supporting Dogyal-Shugden activists.

He expressed his anger for the "so-called Panchen Lama" being sat on many occasions in front of large icons of Dolgyal-Shugden; this he calls, "a sign of aggressive defiance of the Dalai Lama." The recent decision of the Norwegian government refusing to meet His Holiness due to ongoing pressure from China was applauded by the Dolgyal group; this ultimately indicates the major influence the Chinese government has on the cult.

Tibetans and non-Tibetans all over the world have expressed their love for the Dalai Lama for his continuous messages of peace and compassion but moreover, for his tireless efforts in creating a world where people of all different backgrounds, religions, sex, caste and race co-existing in harmony. His Holiness has received much recognition for his noble efforts by various governments and prestigious institutes, including the Nobel Peace Prize in 1989.

As the Dalai Lama continues to gain popularity and the situation in Tibet is to be exposed to the world, China will persist to view him as a threat to their illegal occupation of Tibet. Therefore, the Chinese government will join hands in cahoots with followers of the Dogyal-Shugden in order to fund their anti Dalai Lama activities.

Assertions made by the Shugden followers like the Dalai Lama are not allowing religious freedom and calling him a 'liar' and a 'false lama'. These are totally baseless and have no real grounds to show for. The Dalai Lama has never banned the following of Dorjee Shugden; the Dalai Lama has simply advised on the propitiation of the Dolgyal and if one chooses to follow this spirit then he or she is free to do so. Attacking the Dalai Lama with unsubstantiated claims will only provoke Tibetans who revere and unconditionally love their leader.

The Dolgyal-Shugden issue has repeatedly been made very clear by His Holiness during several of his teachings. The recent incidents in North America and Europe are troubling and Tibetans all over the world and those still in Tibet are concerned; Tibetans inside Tibet sacrifice their lives and self immolate are calling for the return of His Holiness back to his homeland.

TYC calls upon all Tibetans to remain vigilant, attentive and cautious; during visits to the Dalai Lama to other cities have urged the public to step up security and also partake in awareness raising campaigns. Thus, educating the people as well as the followers of the spirit as to what the truth is about His Holiness. Today, Tibetans in and outside of Tibet are more united than ever due to His Holiness' leadership. The resilient spirit of the Tibetan people cannot be undermined and they refuse to be divided and continue to stand firm behind their leader, as well as rejecting any false attacks that are made against their leader. They pledge to remain united and work for the Tibet issue to be resolved soon.