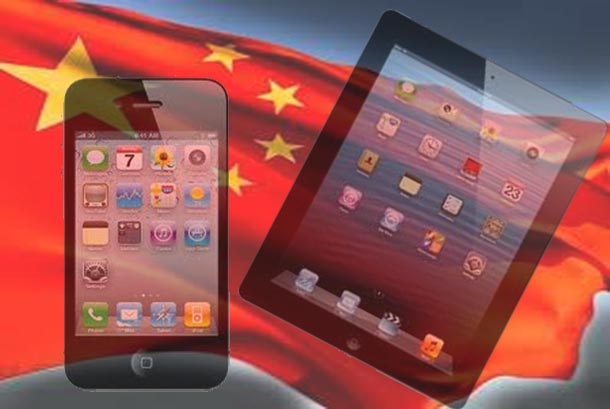 Dharamshala: Technology giant Apple became the latest to succumb to China's tactics, censoring their own services in the country.

It appears that Apple have blocked iPhone applications related to His Holiness the Dalai Lama in its China App Store, this move came two months after carrier China Unicorn launched iPhone sales two months ago, making regulatory approval of the phone's contents necessary for the first time.

"We continue to comply with local laws," Apple spokeswoman Trudy Muller said in an e-mail when asked about the missing apps. "Not all apps are available in every country"

Apps that are unavailable are those that display and reference to His Holiness and include: Dalai Lama Quotes, Dalai Quotes and Dalai Lama prayer-wheel.

Chinese authorities condemn His Holiness the Dalai Lama as a "splittist", saying that he wishes to split Tibet from China

An App that allows the owner to download books that have been banned in China has also been removed from the iPhone, these include three books by the Chinese writer Wang Lixiong. The Chinese government banned his books after he wrote about Tibet's struggle to assert its independence from China.

Hao Peiqiang, the Beijing-based developer of the app said Apple told him it had taken the step because it "includes content that is illegal in China".

In another censorship by Apple, an iPhone app named 10 conditions which is based on the life of Kadeer, an exiled leader of China's Uigher minority group is also unavailable.

A statement by one Chinese-based app developer who wished to remain anonymous said, "Given that Apple has cooperated with China before (by not distributing games), it's of course very likely that it's Apple, not the developers, that are preventing certain apps from appearing."

Other US technology companies including Yahoo and Google have also been criticised for complying with Chinese demands on sensitive political issues. In 2005 Yahoo gave the Chinese Authorities evidence from an email account that was used in a case against Chinese journalist Shi Tao, who received a ten-year prison sentence.

Google provides China with a censored version of its search engine, Google.cn, which blocks certain results that may be politically sensitive. Both Goggle and Yahoo have said that they must follow the countries laws and regulations.

Some websites that are currently blocked on the internet in China such as YouTube and Twitter however, are still available through Chinese iPhones.