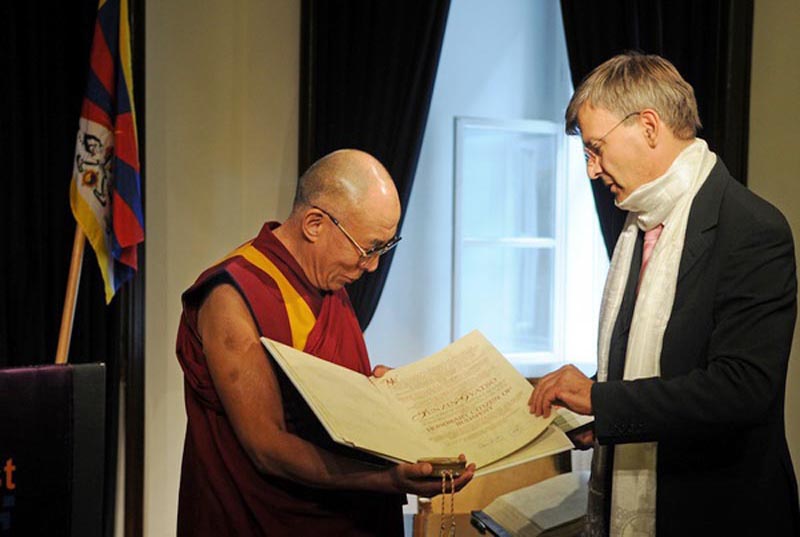 Budapest: His Holiness the Dalai Lama delivered the first of two days of teachings to a crowd of thousands at a sports arena in the Hungarian capital, Budapest, on Saturday (September 18). He then travelled to the town hall, where Mayor Gabor Demszky made him an honorary citizen.

A total of 22,000 are expected to attend the teachings over the weekend. All tickets have been sold out and the sessions are being broadcast live on the internet.

This is His Holiness' seventh visit to Hungary - the last being in 2000. The country's connection with Tibet dates back to Hungarian scholar and pioneer of Tibetology K?rösi Csoma Sándor's visits to the region, after which he wrote the first Tibetan-English dictionary in 1824.