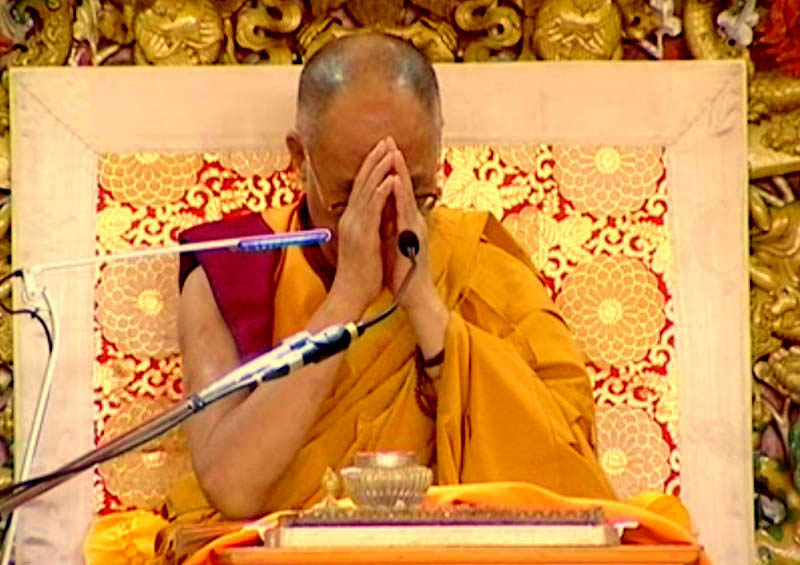 Dharamshala: At the end his four-day discourse in Dharamshala, north India, on October 7, His Holiness the Dalai Lama said he wishes to make a pilgrimage to China to see the changes that have taken place there, and also mentioned the upcoming Washington Kalachakra.

Addressing the 1,300 Taiwanese followers who had travelled to hear him speak on Mahayana Buddhism, His Holiness remarked on the engagement and happiness of the audience. He also reflected on the morning’s prayers, in which Taiwanese followers read the Chinese text of Nagarjuna’s Uma Tsawai Sherab (Fundamental Wisdom Treatise of the Middle Way). He emphasised the value of being able to read such a text in Chinese, and spoke of how the reading reminded him of a meeting in Taiwan.

“Ten or 15 years ago," His Holiness said, "I met a Taiwanese monk - Dao Hai - several times, and once I met him here in Dharamshala. We made a promise between us that if one day we could go to Wutai Shan - China’s Five-Peak Mountain, we would do so, and we each prayed and read Nagarjuna’s text in our own Chinese, Sanskrit and Tibetan languages.

“Both Chinese and Tibetan Buddhism originated in India, so we also invited an Indian Buddhist monk who, being very skilled in Sanskrit, read the Uma Tsawai Sherab in that language.”

His Holiness then asked, to the crowd's amusement, if the Chinese text was really as complicated as it appeared. 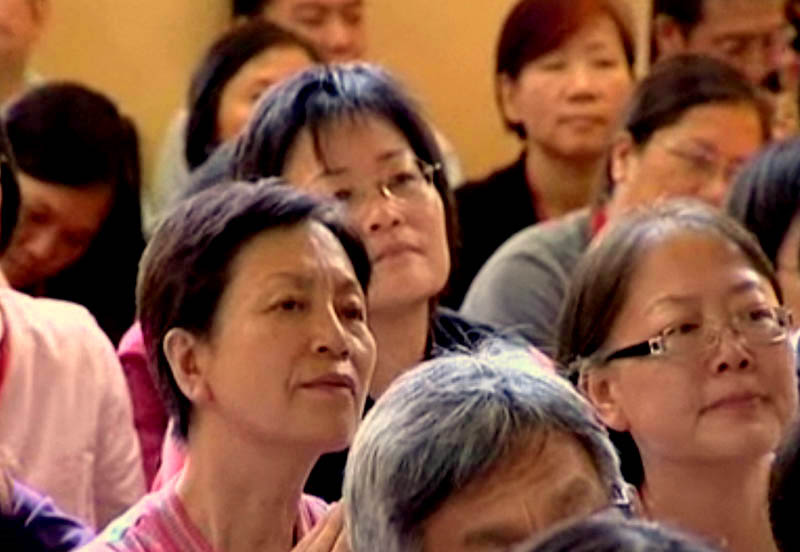 During a question-and-answer session, His Holiness announced that the next Kalachakra teachings will take place in the USA. According to its official website, The Kalachakra for World Peace 2011 will be held in Washington from the 6-16th July, and promises to “provide a rare chance to act in powerful spiritual harmony as part of a huge group dedicated to invoking the power of great wisdom and compassion, so urgently needed in today’s world.”

His Holiness also hinted that a teaching might be held in Bodhgaya, India, in January or February 2012, and told his Taiwanese followers that it would be better for them to attend Kalachakra in Bodhgaya than Washington. He then joked that, for the Kalachakra to be held in Taiwan would require the permission of President Ma Ying-jeou.

The Dharamsala teachings were attended by around 5,000 devotees. In his closing remarks, His Holiness reminded the audience that merely listening to a discourse is not enough to exact a real change in one's mind. “You need to practice over a longer time to slowly make changes, one step after another,” he said. “Be happy and don’t worry – we will meet again."