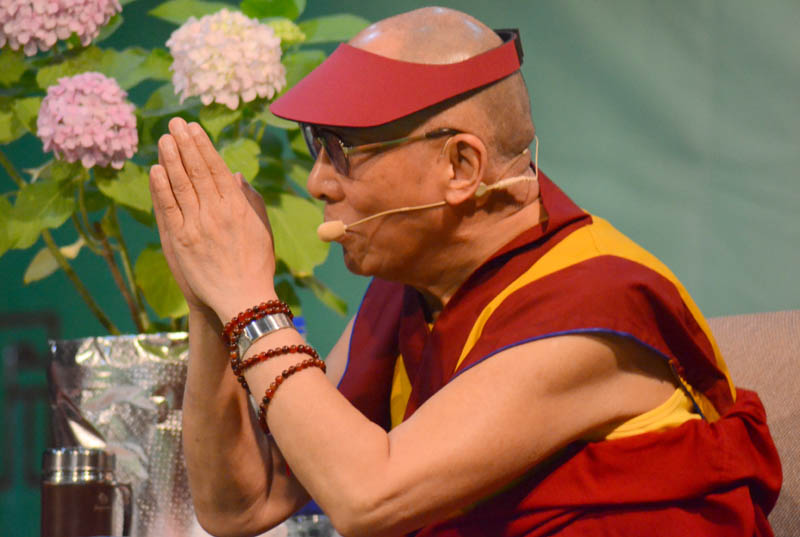 Dharamshala: In a wide ranging, and at times humorous talk, at the all India support group for Tibet conference at the TIPA institute, McLeodganj, on 9th June, 2012 the spiritual leader of Tibet, His Holiness the Dalai Lama touched on topics of both historical and contemporary interest concerning Tibet, India, Asia and indeed the World.

In particular, He thanked Indian monks for introducing Buddhism to Tibet in the seventh century (and later, by extension, the world). He also described the bonds between both countries as primarily philosophical and spiritual in nature, and that it has been a fundamentally unique relationship that has lasted over a thousand years.

The exiled spiritual leader cited the sixth century University of Nalanda (in modern day Bihar) as a place of real Buddhist teaching. Scholar monks travelled into Tibet and other areas in mid and south Asia spreading Buddhist logical philosophy and spiritual practices, and hence creating bonds between neighboring cultures that exist right up until today.

His holiness described the Buddha Dharma as ‘'an ancient Indian science'', a science that emphasized reason rather than faith. He referred to the historical Buddha as '' the first Quantum Physicist''. A theme close to the spiritual leader's heart as he has a keen interest in the links between Quantum physics view of reality and consciousness and Buddhist teachings on the same subjects.

In the 11th century another Indian monk, Padmasambhava, came to Tibet and transmitted Vajrayana Buddhism and to this day he is known as Guru Rinpoche in Tibetan culture. ‘'Indians are the Tibetans gurus'', the spiritual leader said, and the relationship is still strong, he added.

His Holiness elaborated on other themes mentioning that China may physically and politically control Tibet; but that mentally never [in the peoples minds], and that ironically, given all the spiritual and emotional ties,'' India has more reason to claim Tibet than China!''

He later touched on the subject of ecological sustainability within Tibet's borders and further afield. He said that we all have a responsibility to preserve and protect the environment as, crucially; hundreds of millions of lives in Central and Southern Asia are affected by many of Asia's major rivers which have their source in the Tibetan plateau.

The Tibetan plateau has been described as the Earth's ‘third pole' such are the water reserves currently there.

In conclusion, His holiness suggested that it is not just enough for people to pray to Buddha, but that they must also gain knowledge and moreover take action based on that knowledge. That is, holistic action based on holistic thinking.

Finally, in a humorous aside, the spiritual leader ‘thanked' Beijing for their ‘actions' because it has focused media attention on China and Tibet, with that he thanked the conference for their attention and patience.