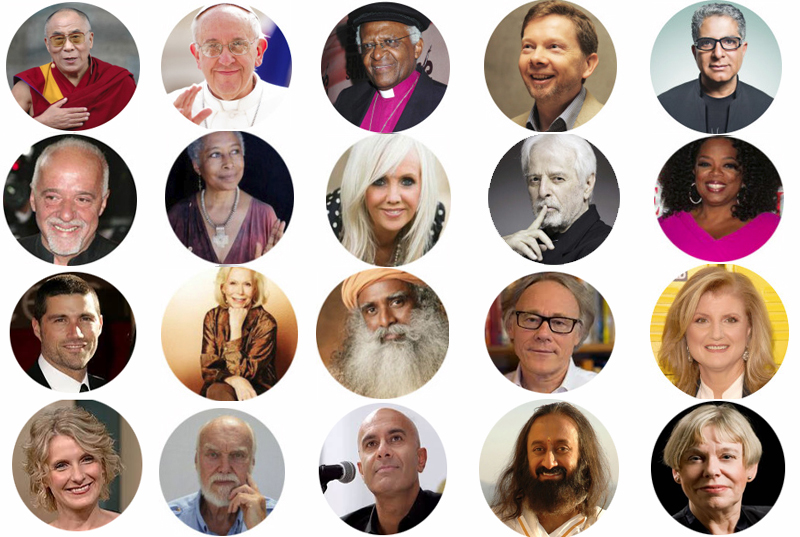 Dharamshala — The spiritual leader of Tibet His Holiness the Dalai Lama again topped the 2016 list of the 100 Most Spiritually Influential Living People, published by Watkins' Mind Body Spirit magazine.

"We are delighted to share with you Watkins' 2016 list of the 100 Most Spiritually Influential Living People – spiritual teachers, activists, authors and thinkers that change the world," the magazine said.

The Magazine also said that "there are plenty of newcomers on this year's list including the Archbishop of Canterbury Justin Welby, psychologist and author Daniel Goleman, physicist and environmental activist Vandana Shiva and poet and philosopher Mark Nepo."

This is just one of the many often-quoted statements from His Holiness the Dalai Lama that continue to land him on top of global lists of influential and inspiring world religious leaders. For several years now, Watkins Magazine has placed the Tibetan spiritual leader at the top of their list of the 100 Most Spiritually Influential Living People. He was #1 in 2015, 2014, 2013 and 2012. In their 2016 list, published earlier this month, the Tibetan spiritual leader is once again #1.

#21. Jon Kabat-Zinn: Also not a Buddhist per se, but Kabat-Zinn did study with a number of Buddhist teachers before developing the now wide-spread Mindfulness-Based Stress Reduction (MBSR).

#25. Sam Harris: One of the “Four Horsemen” of New Atheism, has taken up the practice of vipassana, derived from the early Buddhist tradition, and even teaches it – stripped of aspects he considers religious.

#34. Daniel Goleman: A well known psychologist and long time scholar of meditation who has worked closely with the Dalai Lama for over a decade. One of his breakthrough books was Emotional Intelligence (1995), and later works include  Destructive Emotions: A Scientific Dialogue with the Dalai Lama (2003) and Focus: The Hidden Driver of Excellence (2015).

The magazine states that the list is compiled based on three factors: "1. The person has to be alive as of January 1st, 2016. 2. The person has to have made a unique and spiritual contribution on a global scale. 3. The person is frequently googled, appears in Nielsen Data, and is actively talked about throughout the Internet."