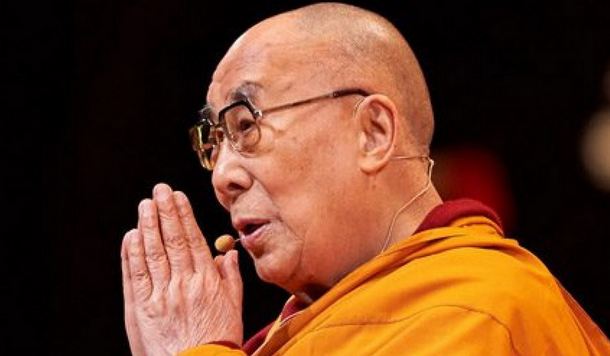 Dharamshala, India — His Holiness the Dalai Lama has expressed his deepest condolences at the passing of Thich Quang Do, the patriarch of the banned Unified Buddhist Church of Vietnam. He was 91.

Upon being informed of the passing away in Vietnam of the Fifth Supreme Patriarch of the Unified Buddhist Church of Vietnam, Thich Quang Do, His Holiness wrote a letter in which he offered prayers for his senior spiritual brother and his condolences to his many followers.

“Although I did not have the opportunity to meet with the Patriarch in person,” the Nobel Peace Luareate said in his letter.

The spiritual leader of Tibet continued, saying, “I understand that he devoted himself to the service of others. As we remember him, we can rejoice that he lived a meaningful life.”

Thich Quang Do also knowns as a defiant champion of religious freedom, democracy and human rights in his country, died on Saturday, February 29, 2020, according to media reports. As the patriarch of a banned Buddhist church, he endured prison, house arrest and internal exile but refused to bend to the Communist authorities.

His death was confirmed by the Paris-based International Buddhist Information Bureau, an arm of his church. There was no information on where he died. A spokeswoman for the organization said that the Vietnamese authorities had held him incommunicado at the Tu Hieu Pagoda in Ho Chi Minh City and that it had been impossible for members of his organization to make contact with him. He had diabetes and a heart condition for many years, she added.

Thich Quang Do had for decades repeatedly challenged, and angered, the Communist government on issues of religious and political freedom and had effectively been under house arrest since 2003. He had spent the last 30 years or so in and out of prison, under house arrest or forced into internal exile for refusing to submit the Unified Church to government control.

He issued a stream of public statements over the years, putting him in the forefront of religious activism in Vietnam, which permits only a single government-sanctioned Buddhist organization. The Unified Church, founded as an umbrella organization for various Buddhist sects in 1964, was banned.