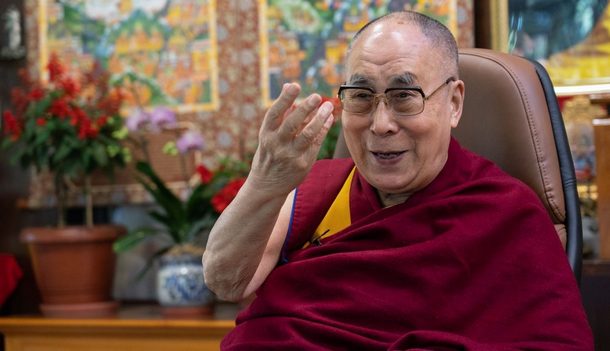 His Holiness the Dalai Lama speaking to a virtual audience on peace from his residence in Dharamshala, HP, India on September 28, 2020. Photo by Ven Tenzin Jamphel

Dharamshala, India — The spiritual leader of Tibet, His Holiness the Dalai Lama offered his heartfelt congratulations to the World Food Programme (WFP) for being awarded the 2020 Nobel Peace Prize.

On receiving the news that this year’s Nobel Peace Prize had been awarded to the UN World Food Programme, His Holiness the Dalai Lama wrote to David Beasley, the Executive Director, to convey his congratulations.

“This is a recognition of the organisation's vital role in reducing hunger in the world,” he wrote. “Through its actions to address poverty, hunger, and malnutrition, whether they arise due to conflict or natural disasters, the WFP is bringing help to the most vulnerable and needy. It brings peace and comfort where often there is only desperation.

“The Nobel Committee's honouring of WFP is also a reminder to all of us of our responsibility to do what we can to narrow the gap between rich and poor.

“As the current global health crisis reminds us, threats to the whole human family have to be addressed by us all, since we all want to be happy and free from suffering. Hunger and poverty can only be eliminated on the basis of international cooperation.

As a firm believer in the oneness of humanity, it is my fervent hope that the award of this year’s Nobel Peace Prize to the World Food Programme will inspire an intensification of efforts to ensure that nobody is left to die of hunger anywhere.”

His Holiness ended by taking the opportunity to express his personal gratitude to the many members of the WFP, people on the ground, as well as officials, for the tremendous humanitarian work they do.

WFP is a driving force in global efforts to prevent the use of hunger as a weapon of war and conflict around the world and its efforts to ensure food security for all, particularly the most vulnerable women, men, and children, and prevent hunger and starvation in countries all around the world. The award is a much-deserved recognition of the WFP and its staff who daily put their lives on the line to assist to alleviate hunger worldwide.