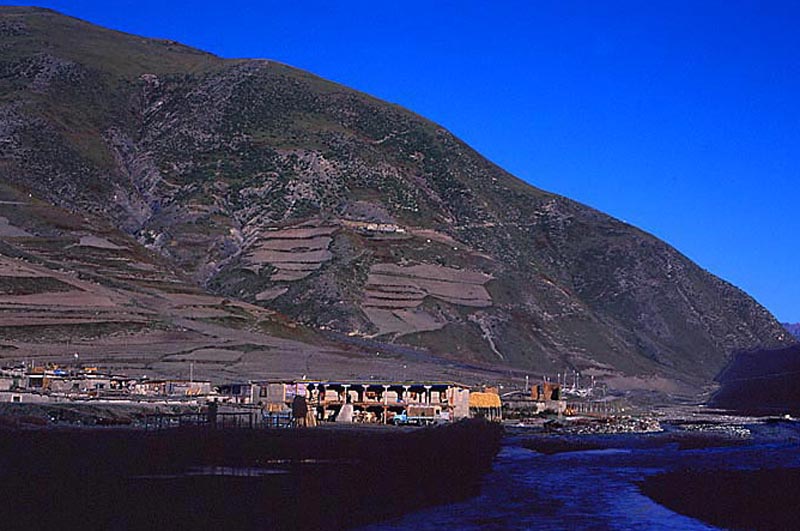 Dharamshala: In April this year, a group of Chinese officials visited Rongpo monastery of Sog county, Nagchu region, eastern Tibet, for an entire month, to 'educate' the monks on the virtues of loving one's religion and government, according to our source, Mr Ngawang Tharpa. Mr Ngawang told The Tibet Post International that subsequently, on May 17, the monastery's communications were cut.
Mr Ngawang's report also included the following information:

The Rongpo monk Dawa Rinpoche was recently arrested in the Tibetan capital Lhasa - accused of recognising the fifth reincarnation of Rongpo Choeje, and later contacting the Dalai Lama about the discovery. Three other monks were arrested at the same time - Dongpo, Ngawang Jangchup and Ngawang Thokme - alongside a layman, Tashi Dhondup. One by one they were released, except Ngawang Thokme (35) who was found to have kept photographs of His Holiness the Dalai Lama in his dormitory, and was sentenced to two years imprisonment.

Around the time of the arrests, 50 Chinese officials and 150 soldiers arrived at the monastery and interrogated the monks, who were all commanded to state their opposition to both the His Holiness the Dalai Lama and the Dawa Rinpoche. Any communication with the Dawa Rinpoche is now forbidden, and he has been 'de-recognised' as a lama - a ruling that extends to any future reincarnations.

Each monk had to sign a written declaration condemning the Dawa Rinpoche. During the process, one monk, Jampa, fell unconscious. Another politically appointed monastery official, Tashi Tensang, became mentally unwell, lost his position in the monastery and had to return to his family home.

The monastery was forced to close temporarily, due to ongoing disputes between monks and Chinese officials. On May 20, a monk named Nagwang Gyatso (17) committed suicide, due the stresses of events at the monastery. He was said to have been well respected among his immediate community. Before his death he wrote a letter which was stolen by the Chinese authorities. The contents are so far unknown.

Chinese officials denied that he committed suicide, claiming that he had been ill, and said anyone caught uttering the word 'suicide' would be arrested.

Dawa Rinpoche was released after a month, but was banned from taking up any further monastic positions. He has been forbidden from entering any monastery and has to stay within the vicinity of his home town. He was also prohibited from contacting any of his former monk colleagues. Dawa Rinpoche is 75 years old and his health is failing. The Chinese authorities have placed him under permanent surveillance and his activities are closely monitored.

Rongpo monastery has now reopened. Ngawang Lobsang and 17 other monks have demanded that the Chinese government permit them contact with Dawa Rinpoche, and allow them to express their support for both he and His Holiness the Dalai Lama.
All demands were refused, and the 18 monks left the monastery on July 17. They have to report to the state authorities on a weekly basis, and are forbidden from travelling long distances for two years.
The monks' future and that of the 'criminal' monastery of Rongpo remain uncertain.