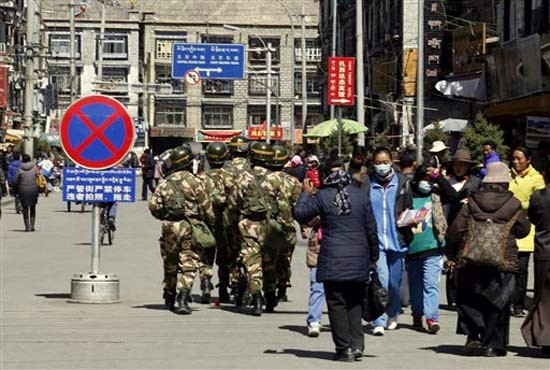 Dharamshala: Wangdu Gyatso, a Tibetan monk, was sentenced to 13 years' imprisonment by a local intermediate people's court in Chamdho, eastern Tibet, on September 8, according to information received by The Tibet Post International.

On 2 August 2009, Gyatso went to Chamdho City alone and protested against the Chinese government, demanding a free Tibet and the return of His Holiness the Dalai Lama. He was arrested on the same day by Chinese police, and his family were unable to locate or contact him until his sentencing date.

Gyatso was born in 1984 in Rasa Village, Lingchung Valley, Gojo County. His father Pema Yeshi and mother Tsega have ten children including Wangdu, their fifth son. At the time of his arrest, he was studying Buddhist Philosophy at Palyul Monastery, Dege County, eastern Tibet.

Gyatso's father was also imprisoned by the Chinese in 1959, and was recently sacked from his government post due to his son's arrest.

Since the sentencing, Gyatso's family have been unable to establish where he is being held.