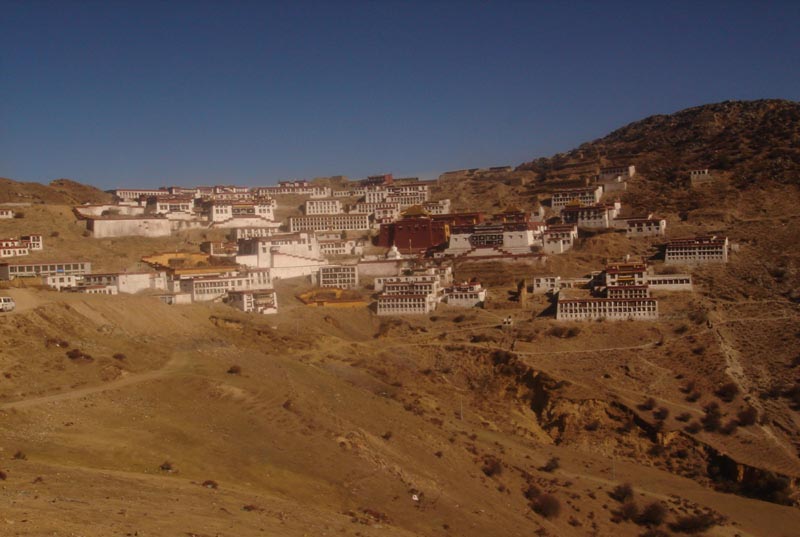 Dharamshala - The communist regime of China plans to tighten control over Tibetan Buddhist monasteries to reduce the influence of the His Holiness Dalai Lama and other 'internal and external separatist forces,' according to a government notice seen on Monday.

The State Administration of Religious Affairs issued the 'Management measure for Tibetan Buddhist monasteries and temples' to be applied from November 1, saying it was devised in response to a growing foreign influence and 'separatist activities.'

Monks at some monasteries had been influenced by 'internal and external separatist forces' and engaged in 'disrupting national unity and splitting the nation,' the administration said in a notice on the new rules posted on its website.

'The existence of these problems has seriously influenced the normal order of Tibetan Buddhism ... and even given the Dalai clique an opportunity to plot and spread confusion in Tibetan areas, and to engage in destructive separatist activities,' it said, referring to the exiled spiritual leader, His Holiness the Dalai Lama.

The stricter management of monasteries was designed to help 'maintain the normal order of Tibetan Buddhism and build a socialist harmonious society,' the notice said.

The notice followed the reported sentencing of two monks accused of leading peaceful protests in 2008 in Lhasa, the capital of Tibet.

The so called Lhasa Intermediate People's Court sentenced Jampel Wangchuk and Kunchok Nyima to life imprisonment and 20 years in prison, respectively, in June, the Indian-based Tibetan Centre for Human Rights and Democracy reported on Friday.

The two men were monks at Dreprung, one of the largest and most important Tibetan Buddhist monasteries, and were in a group of about 350 monks who marched into Lhasa from the monastery on March 10, 2008, when Tibetans all over the world were comemorating the Tibetan national Uprising Day.