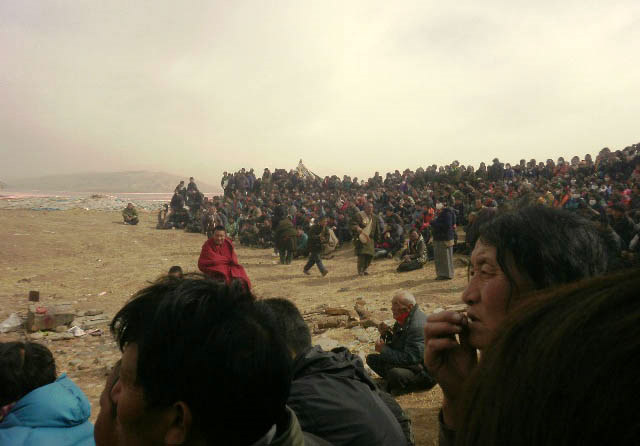 Dharamshala: - Two women arrested for opposing the deportation of Kirti monks on April 22nd, Choko, age 45, of Trinchen Tsang house in Tawa Gongma township in Ngaba county, and Serkyi, age 35, daughter of Lokle Trakho of Tawa Gongma, were released on May 17th after 25 days in detention.

Their heads had been shaved, and they were beaten and abused so badly in detention that they are unable to look after themselves.

On April 12 , after the Chinese authorities threatened to remove all monks aged 18-40 for compulsory reeducation elsewhere, they were among those who stood in the way of the police and soldiers, and then remained on vigil outside the monastery for the next ten days intending to oppose any further attempt at deportation. When troops moved in on April 22, they arrested the younger protesters standing in their way, and put the older ones in trucks and drove them to the cemetery and army camp before releasing them, according to Ven. Losang Yeshe and Kanyag Tsering, media coordinator for Dharamshala India based Kirti monastery in exile.

Also, it has been announced that Kesang, a young man of the Tragyal Tsang house in Trotsik, arrested at the time of the March 16 protest in Ngaba, is soon to be sentenced, but it is not known on what charge.