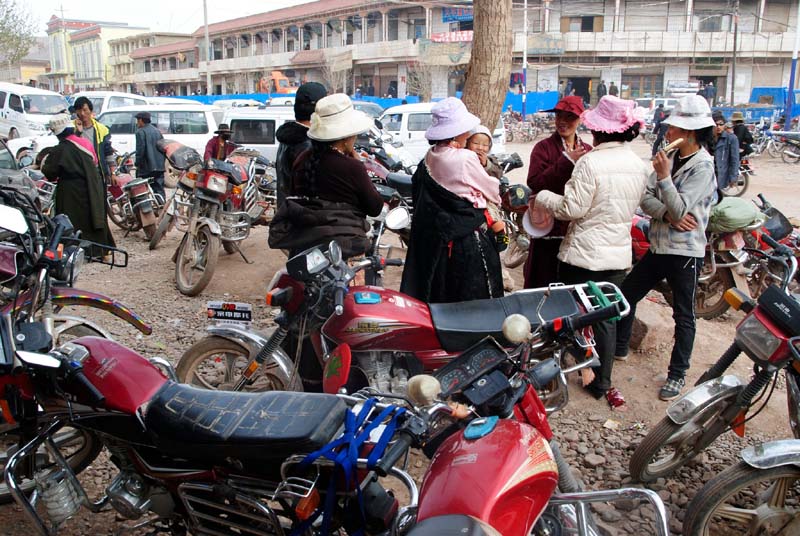 Dharamshala: - Plans by the Chinese authorities for public games celebrating what the Chinese Government calls its "90th anniversary of the founding of the Chinese Communist Party" have been protested by local Tibetans in Kham Nangchen, eastern Tibet, according to latest confirmed information received by The Tibet Post International.

The games were meant to commence on July 6, 2011, the same day as His Holiness the Dalai Lama's 76th birthday. As a result, Tibetans viewed the games as "disrespect to the Dalai Lama," said a Tibetan source in Nangchen.

Citing the "Yushul Earthquake of 2010 and the great suffering it caused," the people and monks of Surmang Monastery refused to take part in any celebrations. It was widely believed the games were being planned to falsely portray Tibetans in Nangchen as happy during the anniversary of "Tibet's liberation."

Monks in Nangchen responded to local authorities by saying "...if the games are to happen, then let them happen in another area. There is no place for any festive games in Nangchen, we will completely refuse to cooperate."

Over 300 monks from Surmang Monastery loudly protested the government's plans and walked out the monastery. To date, the monks haven't returned to Sumrang monastery. It is believed monks have returned to their native homes and are also being hidden by local people who supported their peaceful protest.

The source mentioned small celebrations for the spiritual leader of Tibet, His Holiness the 14 Dalai Lama's birthday had occurred which "raised tensions" in Nangchen.

In light of the monks' protest, the games were rescheduled for July 10, 2011.

Having failed to return, Chinese authorities in Nangchen warned of "harsh consequences" if the monks continue to "disobey orders," according to the source.

As a result, the situation in Nangchen is tense. "No one knows what is going to happen next," the source in Nangchen said.