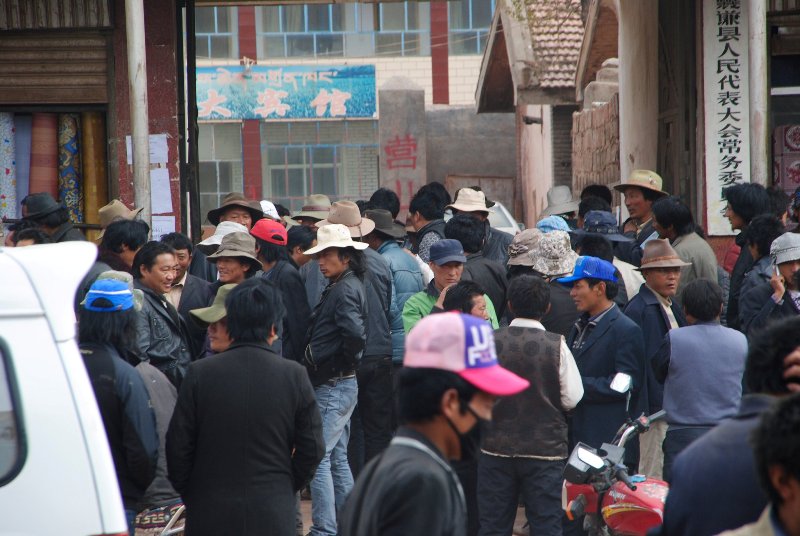 BELGIUM, 16th July 2011 - The Chinese authorities of Nangchen county of eastern Tibet had organized festivities and games for July 1, in which virtually no-one participated. On 12 July, to punish the rebellious monks, they imposed a course of "legal education" and immediately arrested the men, who refused to take part.

According to Human Rights Without Frontiers International, a human rights organisation based in Brussels (Belgium), the communist authorities of the Autonomous Prefecture have arrested 8 Buddhist monks who refused to participate in events organized for the 90th anniversary of the founding of the Communist Party. Not even the local population took part in the celebrations, a sign that tension in Tibet in on the rise.

On 12th July 2011, police and some political leaders in the Nangchen county went to the monastery of Surmang and announced to the men were to attend a course on "Legal Education". The "course" was imposed after the monks' refusal to participate in the festivities planned on 1st July, the anniversary of the CCP.

Immediately after the announcement, 8 monks - Karma Samten, Jigtak, Sherab, Gaya Tashi, Urgen Samten, Karma Soepa, Karma Monlam and Dosam - distanced themselves, refusing to participate. For this they were arrested and taken by force to the County Detention Center.

These arrests demonstrate that the Tibetan people will not bend to the repression imposed by Beijing in Tibet. The central government first tried to cajole the monks, providing donations and funds for the "faithful" monasteries, but when this move did not work it began to arrest all those who oppose it. According to some estimates, from 2008 to today there have been more than 3 thousand arrests.