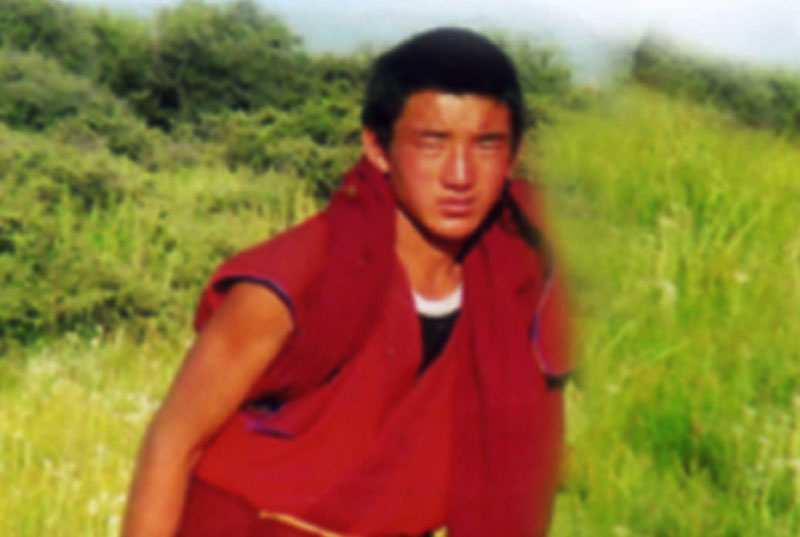 Dharamshala: A young Buddhist monk from the Kirti Monastery in Tibet set himself on fire to protest against China's repression over religious freedom, a latest source said Tuesday, (4th October). This is the fifth reported self-immolation protest this year in the occupied territory of eastern Tibet where Tibetans suffer under Chinese brutal rule.

Ven. Kalsang Wangchuk, a 17-year-old student from Kirti monastery's Kalachakra college walked out on to the main street and shouted slogans against the Chinese government as he tried to self-immolate. Kalsang set himself ablaze on October 2nd at about 2 pm Beijing time in the town of Ngaba.

A large and heavily armed military forces intensified their presence in the areas of the Ngaba town and Kirti monastery and the communication of all types is severely restricted as well as traffic movements.

"Kalsang was holding a portrait of the spiritual leader of Tibet, His Holiness the 14th Dalai Lama and calling for religious freedom and Human Rights in Tibet when he set himself on fire in a vegetable market at the main street to Ngaba town," said Ven. Kanyak Tsering, India based Kirti monastery.

Chinese military forces extinguished the flames, Tsering further said, they beat him severely and then took him away, his injuries and whereabouts still unknown. As soon as the incident took place, people in the street tried to join the demonstration by shouting slogans, but were dispersed by armed Chinese police and military forces.

The Tibetan monastery suffered severely under the regime's cruel repression since March this year. Last week, a monk from the same monastery has reportedly died and one more remains in a critical condition after setting themselves on fire in the same place to protest against the Chinese government's religious crackdowns.

According to the source, just a few days before, a large amount of leaflets had been posted in town and around the monastery complex stating that if the current situation continued, many more people were prepared to give their lives in protest.

Tibetans in exile and Tibet supporters across the world strongly concerned about the gross violation of human rights by the communist regime that Tibetan people still suffer under Chinese policies of torture, killing, religious repression and cultural genocide imposed by a heavy military presence everywhere.

Tibetan political analysts say, despite Chinese economy development, it does seem clear that the number of self-immolation cases has been increasing - and this has now become not a only Tibet problem but an international issue, as the world community denounced the lack of human rights and religious freedom under Chinese rule.