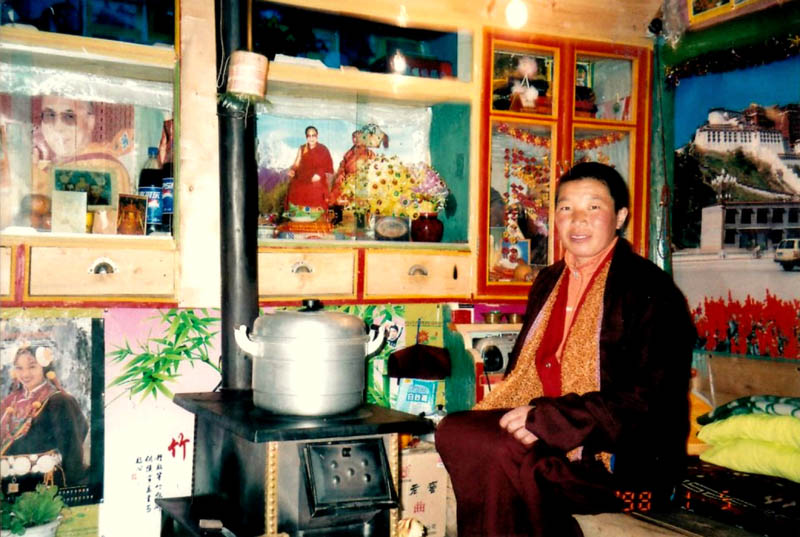 Dharamshala: - On Sunday, around 10,000 Tibetans gathered at Tawu county of eastern Tibet to protest against the Chinese clampdown on cultural and religious freedom in Eastern Tibet and honour the 35 year old nun who self-immolated there on Thursday. Palden Choetso has become part of an alarming statistic of Tibetans who have set themselves on fire in an act of protest against Chinese oppression. Since March, there have been 11 self-immolations in the severely suppressed region of Eastern Tibet, 6 of whom succumbed to their injuries.

Tibetans from all across the eastern province- Dranggo, Lithang, Sertha, and Kardze -convened at the Tawu Nyitso monastery to pay their respects to the deceased nun. About a 1000 monks and nuns also conducted a prayer session in her honour, reported Tawu Lobsang Jinpa, a former political prisoner from Tawu, currently in exile in India.

Talking to Students for a Free Tibet-India, he said, "The streets are crawling with Chinese security personnel. A cinema hall near the monastery has been turned into an army base housing up to 2,000 troops. The whole town is under siege".

"The Chinese government has turned all of Tibet into a war zone," seconded Tenzin Dorjee, Executive Director of Students for a Free Tibet. "Global leaders must take multilateral action now to intervene in what is nothing less than a humanitarian crisis in Tibet."

Those who committed self-immolation shouted slogans of 'Free Tibet' or 'Long Live the Dalai Lama' while being consumed by fire. The Tibetan spiritual leader has been living in exile in Dharamshala since the failed Tibetan uprising in 1959, and was recently accused by the Chinese government of encouraging the self-immolations, acts of "terrorism in disguise".
His Holiness has since issued statements to the press that he is deeply saddened by these drastic acts, but that they are a result of China's "ruthless, illogical" policies.

Calls made by the media to government officials in Tawu have gone unanswered. The international media reports that residents in the area contacted by phone claimed not to see any gathering or unusual police presence.