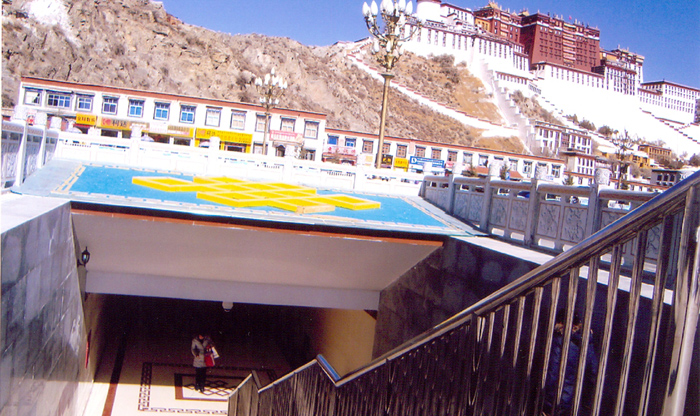 On July 12 at 11:00 a.m. Mr. Karma Yeshi addressed the press conference on the worldwide "Flame of Truth" relay. While addressing the conference, Mr. Yeshi briefed the media on present grave situation inside Tibet and "Flame of Truth" relay organized by Tibetan Parliament. Through media, he also appealed to the international community and the global public to sign the appeal letter to be submitted to United Nations on Universal Human Rights day on December 10, 2012. He also briefed the gathering on the recent self immolation by a 22 years old Tsewang Dorjee on July 7, 2012 at Damshung in so-called Tibet Autonomous Region. He also expressed concern over his health and whereabouts. Mr. Yeshi further stated that since 2009, 43 Tibetans are known to have so far self-immolated themselves without hurting single Chinese. And out of these 43, 31 had been confirmed dead and expressed his worry over remaining 12.

Mr. Karma Yeshi then expressed his concern over the fragile ecology of Tibet and dumping of nuclear wastes in Tibet by Chinese authority. He then had question and answer session with the media. Dr. Ramu Mani translated whole proceedings of the press conference into local Tamil language. 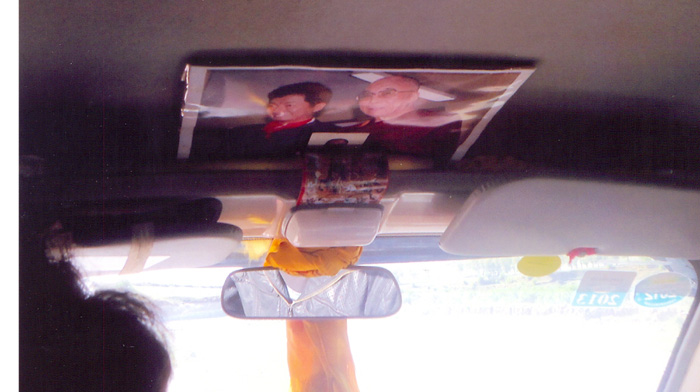 During the "Flame of Truth" relay campaign in South India, many eminent individuals had shown their support towards the cause of Tibet by signing Tibet petition to be submitted to the UN on December 10, 2012. The signatories are Sh. T. N. Seshan, former Chief Election Commissioner, A world cup winner Indian Hockey team captain Padmasri and Arjuna awardee Sh. V. Baskaran, An eminent artist and film maker Sh. Thota Tharrani, An IPS officer Sh. W. I. Davaram, former Commissioner of Police; Educationist, Professors and Academicians. During this campaign, many important Indians had shown their support and sympathy. Eminent Indian people had also expressed their concern over the issue of Tibet.

During the meeting with above eminent personalities, they expressed their concern over the sufferings of Tibetan people and shown sympathy towards the issue of Tibet. They had also expressed their solidarity and urged Tibetans to keep continue their struggle and asked Tibetan youth to give importance to the modern education & science. They also stated that Tibetan people must keep on fighting for basic rights and no Tibetan should self-immolate. All above mentioned signatories stated that they would support the just cause of Tibet and had also shown their concern to Tibetan children.

Later Mr. Yeshi met with Sh. Gopalakrishna Gandhi, grandson of Mahatma Gandhi and briefed him on the issue of Tibet and present situation inside China's occupied Tibet. Sh. Gandhi stated that he would pray for what His Holiness the Dalai Lama is praying for.

Then Mr. Yeshi visited IIT, Madras and met with a group of few students and briefed them on the issue of Tibet and appealed the group to collect signatures on the Tibetan appeal letter to be submitted to the United Nations on December 10, 2012.

This worldwide "Flame of Truth" relay, which was launched from city of Kochi on His Holiness the Dalai Lama's 77th birthday on July 6, had so far travelled to Coimbatire, Pondicherry, and Auroville. And the torch reached Chennai, the capital city of Tamil Nadu on July 10. Mr. Karma Yeshi addressed the assembly of Lady Andal School and school prefects initiated the signature campaign for Tibet. Later he met with Rev. Fr. M. G. Selvin, the Director of All India Catholic University Federation (AICUF). Mr. Karma then briefed him on the current situation inside Tibet and the worldwide "Flame of Truth" campaign. Rev. Fr. Selvin agreed to bring signature campaign before the Federation meeting in August and gather maximum signatures for Tibet.

Then a delegation of Tibetan students and long time Tibet supporter Smt. Aasha Reddy led by Mr. Karma Yeshi visited Madras University and met with Professor Manu and briefed him on current grave situation inside Tibet. Later the delegation visited an Institute of English language study centre and met with the teachers, who conducted an interview with Mr. Yeshi on worldwide "Flame of Truth" relay and volunteered to make an online youtube appeal to be posted on the internet soon. 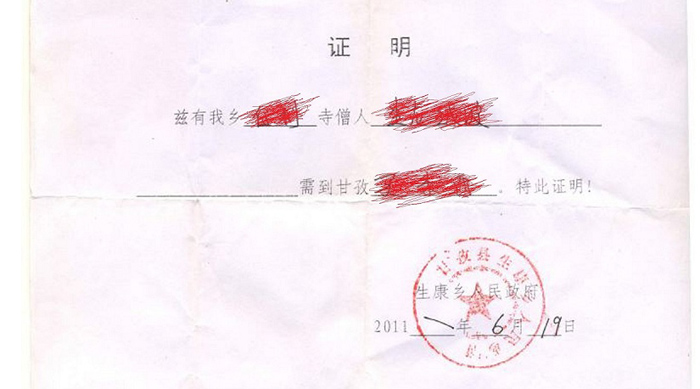 Through this worldwide flame of truth relay, we target minimum of 3,00,000 signatures to be submitted to the United Nations. The collected signatures must be sent to the committee by November 15, 2012. The committee would then simultaneously submit petitions to the UN Headquarters in New York, UN Human Rights Council in Geneva and UN Information Centre in New Delhi on the World Human Rights day on December 10, 2012. We appeal the world community to join us in this signature campaign and followings are the demands of this campaign:

1.      The United Nations must discuss the issue of Tibet based on the resolutions that it has passed in 1959, 1961 and 1965, and continuously make efforts to fulfil the substance of these resolutions

2.      An independent international fact-finding delegations must immediately be sent to investigate the ongoing crisis in Tibet

3.       The United Nations must take special responsibility to ensure that the basic aspirations of the Tibetans inside Tibet are fulfilled

This Flame of Truth relay would conclude its journey in Chennai soon and then will further proceed to Tibetan settlements in Bylakuppee in Karnataka state.

12.  At the Press Conference