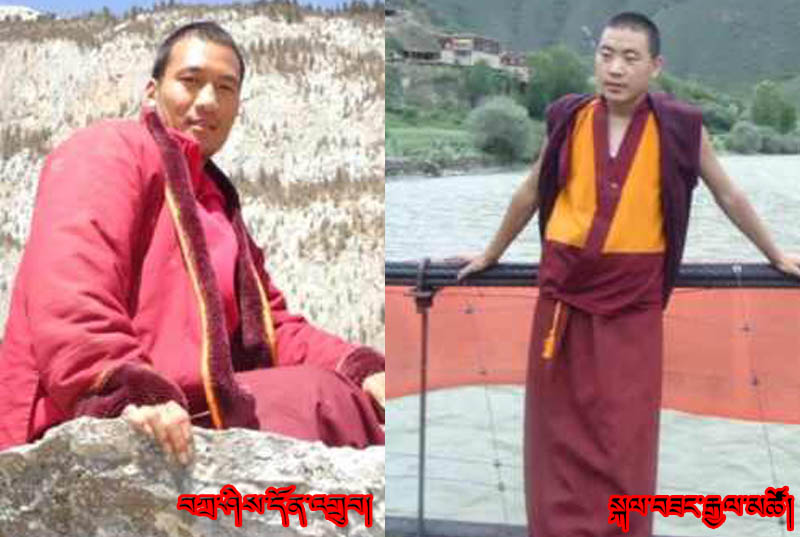 Dharamshala: - Two Tibetan monks who wrote books critical of Chinese policies in Tibet arrested by Chinese security officers in eastern Tibet (Ch: China's Sichuan province) and they are currently being detained by the officials in an undisclosed location where they may face torture, according to Tibet sources.

"Tashi Dhondup is from Yulshog in the Samkha subdivision of Riwoche county in the Chamdo prefecture [of the Tibet Autonomous Region], and is the president of a literary group called The State of our Snow Mountains," the report said.

Kelsang Gyatso, a prominent member of the same group and chant leader at the monastery, comes originally from the Nangchen region of Kham region, eastern Tibet, (Ch: Qinghai province), the source told RFA.

Students and family members of the two men are deeply worried about their welfare, the source said, adding, "All those arrested in the area are subject to torture by the Chinese authorities."

The source further informed about the detentions, "Nobody knows why they were detained. But two years ago, Mewod wrote a book called Painful Hope, and Gomkul published a book called My Pitiful World."

Buddhist monks and nuns, often in the forefront of protests challenging Chinese rule in Tibet, have also been jailed in large numbers. In Tashi Dhondup's home county of Chamdho, "every single monastery is under surveillance by Chinese forces," one source said.

"Tibetan hermitages in the mountains are also being watched, these kinds of strict restrictions on the daily activities of the monasteries have compelled many monks to leave their monasteries and go back to their villages," sources added.

The new restrictions, described in the official Renmin Wang media outlet on May 31, 2012, as key to maintaining stability and national security, aim to "ensure the absolute security of Tibet's ideological and cultural realm," according to Tibet Autonomous Region (TAR) Party Secretary Chen Quanguo in a June 27 interview.