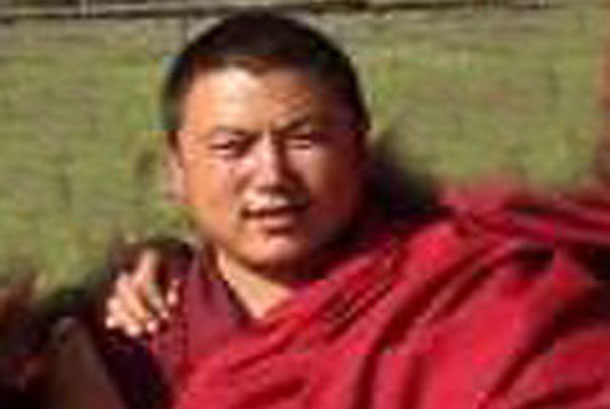 Dharamshala: Reports coming out of Tibet said that a monk official from Kirti Tsodun Monastery, in the highly volatile Ngaba region, has vanished since he was picked up by police on the night of August 19.

Locals and monastery residents have searched high and low for Lobsang Rabten, a 33 year old official of the monastery's religious management office.

There has been talk that Lobsang Rabten is being detained at an undisclosed location in Barkham County in Ngaba region. However, his health condition or the charges for his arrest still remain a mystery.

Two days prior to Rabten's arrest, an 18-year-old monk of the monastery, Lobsang Lozin, self- immolated to protest against China's rule in Tibet.

The coordinator of Tibetan issues in Kirti Monastery, Dharamshala, Kanyak Tsering, said, "On the afternoon of August 27, two law enforcement Lamas and a supervisor of Kriti Tsodun Monastery attended a meeting in Ngaba County City. However, at this moment the agenda of the meeting is unclear."

"To prevent the news and photo rumours about the self-immolations from getting out, authorities immediately sealed off micro-communication channels. Telephones, mobile phones and use of Wechat services were temporarily suspended. However, everything was back to normal by the morning of August 28."

The "disappearance" cases continue to mount in Tibet. Locals, monks and nuns that stage peaceful protests are being branded by China as "threats to national security" or "terrorists" without any accurate proof. They are then arrested, beaten and tortured in prison. After being put through extreme physical and mental trauma, they finally break and become complete vegetables.