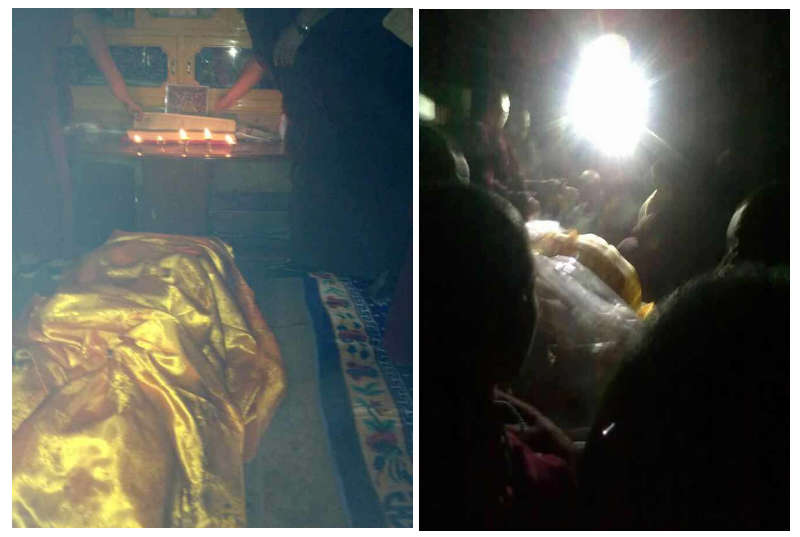 Dharamshala: – A young Tibetan man died on late Tuesday when he set himself on fire in protest against Chinese rule in Tibet and continued occupation of the Himalayan region, according to a latest information coming out of Tibet.

Kanyak Tsering, spokesperson of Kirti monastery in India told The Tibet Post International (TPI) that Kalsang raised slogans such as "Long live His Holiness the Dalai Lama and Long live Kirti Rinpoche, while setting himself on fire" in protesting against the nearly six decades failed policies of the Chinese regime in Tibet.

"Local Tibetans in the township and from neighboring areas immediately arrived at the scene of the protest and took Kalsang's body to his home. China has deployed a heavy security forces in the Changtsa township, following the incident," the sources further stated.

"Buddhist monks from Dranpa monastery and Gyalge monastery and local Tibetan from neighboring areas currently gathered in huge numbers at his home-town to offer their prayers and condolences to Kalsang Kyab," Kanyak Tsering added.

TPI news told by a reliable source that over sixty Tibetans, including interlectures, writers, business people, monks, high school students as well as Tibetan officials have started a 3-day (Between November 26, 10am and November 28, 8am Local Time) hunger strike campaign and prayers services in the ten major places in Tibet (Lhasa, the capital of Tibet, Drakgo, Jodha, Dzachukha, Tridhu, Serta, Tso-ngon, Siling, Rebkong, Karze and Chengdu city in China.), on Monday, to show their solidarity with all those 91 Tibetans who sacrificed their lives for the cause of Tibet.

Self-immolation has become increasingly widespread in Tibet, with scores of Tibetans self-immolating in protest of Chinese policies towards Tibetan people in their homeland.

"Tibetans criticize the Chinese government of religious repression and attempts to erode their culture, language and identity, as the Han-Chinese increasingly moves into historically Tibetan areas and now their colonization began," said Mr. Nyima T.J. a Tibetan political analyst.

Continuing with their burning protests against Chinese repression in Tibet since 2009, over 86 Tibetans, including monks, nuns, women and students have burned themselves in China protest and 23 Tibetans have self-immolated in November alone.