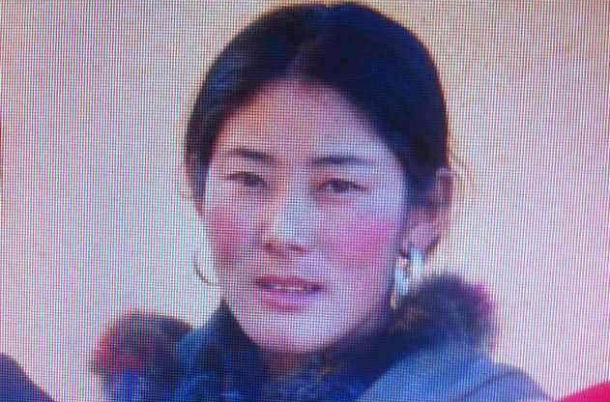 Dharamshala: - A Tibetan woman has died Sunday after setting herself ablaze in eastern Tibet - the latest in a series of self-immolation protests gainst China's hardline and repressive policies on Tibet.

This incidents has pushed the total number of self-immolations in Tibet to 110, at-least 92 of them reportedly passed-away due to burn injuries.

Kalkyi, a mother-of-four has reportedly died after setting herself on fire in Ngaba, (Aba Tibetan and Qiang Autonomous Prefecture, Sichuan Province in China), souces said, the latest in a wave of self-immolation protests against Chinese rule over Tibet.

Local Tibetans protected her body from Chinese authorities shortly after the protest. The body was then taken to Jonang Monastery where a traditional prayer service is being held by monks, Tseyang further added.

Kalkyi was from yultso village in Dzamthang county. She is survived by her husband Drupe and four children, a young daughter Bhumo Chung and three sons-Denam, Pochung, Sopo, all aged under 15. She is the 5th Tibetan from Dzamthang countty, who set on fire to protest against Beijing's failed policeis in Tibet, the sources said.

In last two weeks, a man and a woman set themselves alight in separate incidents in different areas of Ngaba County, Amdho, Tibet. Konchok, a 30-year old Tibetan woman has staged her protest just before China's new leader Xi Jinping was formally appointed as president of the communist regime and Thokmey, a 28-year old Buddhist monk set himself on fire just two days after Xi became as new Chinese president.

The most common call for the return of the spiritual leader His Holiness the Dalai Lama to Tibet, the preservation of the Tibetan language, and an end to restrictions on freedom of religion. However, many also called for Tibetan independence.