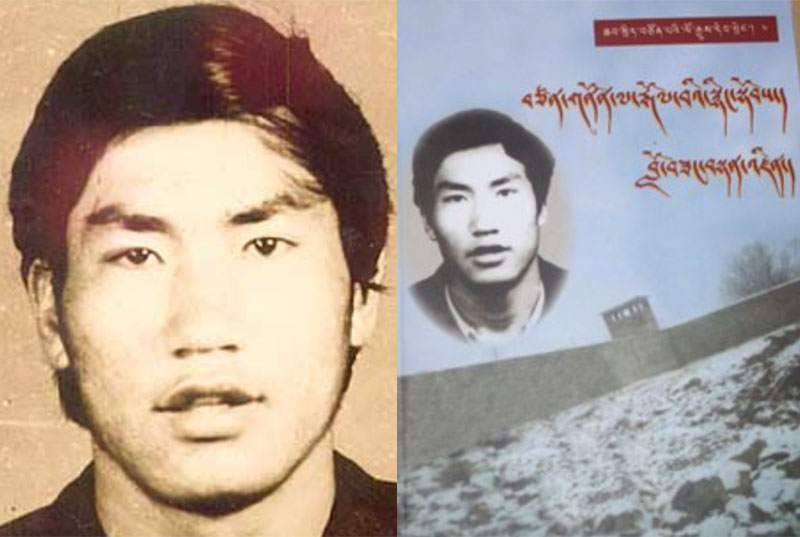 Lobsang Tenzin was the longest-serving political prisoner among a new generation of Tibetans born after the 10 March Tibetan uprising in 1959. Lobsang Tenzin was arrested on 5 March 1988 during a demonstration against Chinese rule in Lhasa, Tibet (Tibet Autonomous Region). He was then about 24 and a student of Tibet University (Lhasa).

According to Dharamshala based Tibetan Centre for Human Rights and Democracy (TCHRD), Lobsang Tenzin was released on Wednesday, 24 April 2013, the day his 18-yr prison term ended. The rights group said it had earlier reported in late 2012 about the possibility of his release in 2013 (Click here for the full report.)

However, it appears that his release has done little to gain him any measure of freedom even at his home, which is located at Bhanak Shol in Lhasa city. Latest sources said that Lobsang Tenzin's home is heavily guarded and monitored by security personnel and other government officials who continue to turn away visitors, among them Lobsang Tenzin's relatives and neighbors.

After spending 25 years in the notoriously famed Drapchi, Powo Tramo and Chushul prisons, Lobsang Tenzin has suffered brutal mistreatment and torture at the hands of prison guards, resulting in numerous health complications.

Over the years, Tenzin's health problems have worsened. He suffered damaged kidney, causing numbness and extreme difficulty in standing. In the past, he was also said to be suffering from liver disease, possibly hepatitis. In 2011, his health has become even more serious and complications, particularly advanced stage of diabetes, which continue to cause him momentary blindness, group said in its report.

Lobsang Tenzin was arrested on 5 March 1988 during a demonstration against Chinese rule in Lhasa. He was charged of killing a policeman on duty. The policeman had actually fallen from a window and died. In the past, analysts have highlighted the disproportionate use of force by security forces against unarmed Tibetan demonstrators during the March 1988 demonstration. Following the arrest, Lobsang Tenzin was sentenced to death with two years' reprieve.

In 1991, the death sentence was commuted to life after a strong and sustained pressure from the international community. By then, Lobsang Tenzin had spent three years in Drapchi Prison.

On 31 March 1991, prison guards caught Lobsang Tenzin and a fellow inmate, Tenpa Wangdrak, a monk from Gaden Monastic University in Lhasa, handing a letter to the then US ambassador to China, Mr James R. Lilley, who was on a visit to Drapchi.

The letter contained a list of prisoners who had been tortured and information on torture methods used in the prison. Both were brutally beaten and locked up solitary confinement for about three weeks.