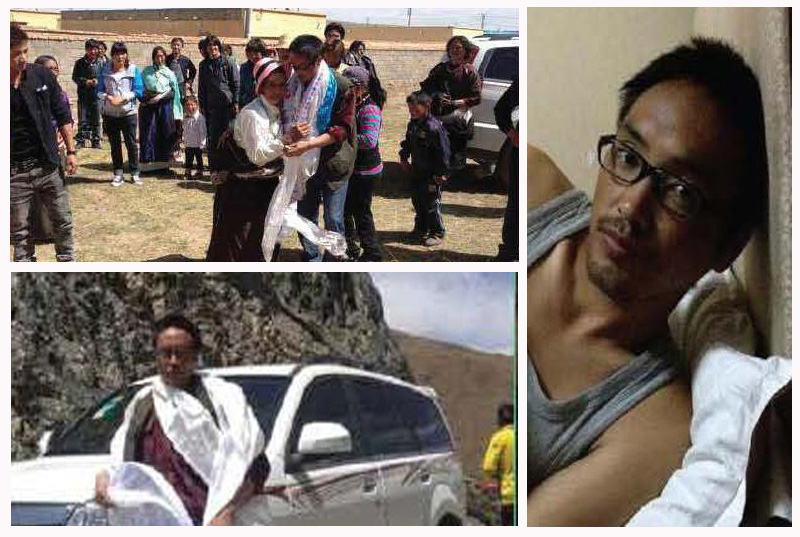 Dharamshala: - Reports from Tibet indicate that Tibetan writer Jigme, better known by his pen name Ari Jigme has been released from a prison in Lanzhau, Gansu Province in Northeastern China. He is said to be "critically ill", suffering from "kidney failure, with further health issues, troubling his back and impairing his eyesight".

Jigme, who spent more than three years in prison, was released on Saturday, April 27, 2013.

A native of Besi, a small town in Malho in the traditional province of Amdho, Northeastern Tibet, Jigme is the son of Sherab and Dolkar and is 28 years old. In 1995, he joined Labdrang Tashikyil Monastery in Labdrang and later completed his Buddhist studies at the Buddhist Higher Studies Institution in Gansu province. In 2008, he was said to have send information about the conditions of 3 Tibetan intellectuals, Labdrang Jigme Goril, Gartse Jigme and Labdrang Golog Jigme to the media outside.

In 2010, he and his friends organised a workshop called 'Kalsang Metok' and made efforts to spread awareness about the Tibetan language among Tibetan students. The report further states that in October, the same year, "he was among the leaders of a mass demonstration by students, protesting the Chinese government's policies regarding the use of the Tibetan language in schools.

He fled to Tso County, Kanhlo, but was arrested by Chinese police in an internet cafe for sending information about the demonstration to the media. A Chinese intermediate court sentenced him to three years imprisonment for 'spreading national secrecy" to outside on January 14, 2012. Two days later, he was sent to a prison called 'Section1' in Lanzhau city.

He has written several political and non political articles using different pennames, among them, Ari Jigme, Namchen and Topden. His best known article was titled 'When the Tears are Falling to the Ground". He had further sent articles to publications outside, including one to exile magazine 'Thogan Gyadhun', which was about his conversation with an elder Tibetan.

According to the report, "Ari Jigme's health has become so poor that even his friends cannot recognise him, after spending three years and one month in a Chinese jail".

Excruciatingly long hours of forced prison labour, mostly as a tailor is also said to have taken a toll on his health. A visitor, who spent a couple of days with him, further says in the report that 'he may be suffering from mental problems".