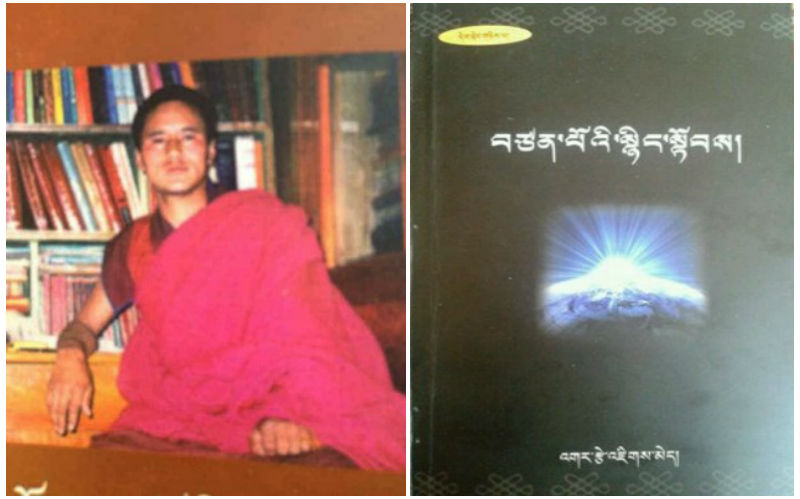 Dharamshala: - Gartse Jigme, a Tibetan writer has been arrested and sentenced to 5 years imprisonment by Chinese authorities in Tibet, citing the " political content' in his writings. Jigme, who is 36 years old, is a monk at the Gartse monastery.

The Chinese security officials are said to have raided his house, and confiscated his personal belongings, including his computer. He was sentenced on May 14, 2013 by a Chinese court in Tsekhog. No details are available regarding his current whereabouts and condition.

His writings focused on crucial issues such as the self immolations that have engulfed Tibet, since 2009, the conditions of the Tibetans in Tibet, the workings of the Tibetan government and administration in exile.

The distribution of his book, the 'The Kings Courage' was given as reason for his initial detention. He also wrote about His Holiness the Dalai Lama and the circumstances surrounding Tibet's 11th Panchen Lama, who has been missing since 1995.

His linked failed Chinese policies such as the Great Leap Forward, in which thousands of Tibetans lost their lives to the current poor conditions of Tibetans in Tibet.

Born in Gartse, in the Rebkhong region on Malho, Gartse Jigme started writing in 1999 and his first book 'Bsam bzhigs nyul ba'I zin tho' (Diary of Wandering Thoughts) was met with popular acclaim.

He was detained by Chinese authorities in the beginning of 2011 and was reportedly tortured after the publication of 'The Kings Courage'.

China has previously arrested many Tibetan and Chinese intellectuals and writers for expressing concern about the human rights situation and other problems in the country. Reporters without Borders had labelled the condition of the press in China as 'difficult', describing the Chinese government as the "leading repressor in the world of the Internet'.

Among those who have been jailed by Chinese authorities is 2010 Nobel Peace Laureate, Lu Xiabo, who was jailed for 'inciting subversion of state power'.