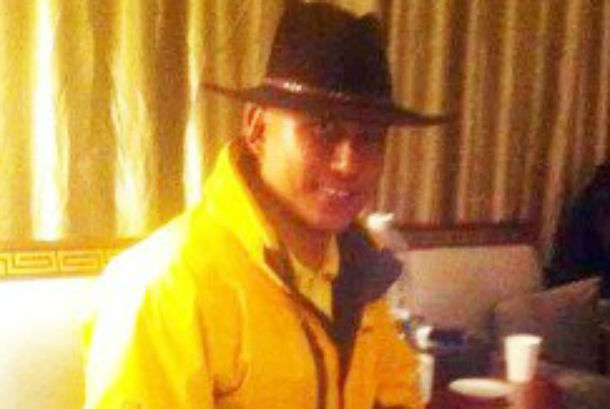 Dharamshala: - Lodoe Gyatso, a Tibetan activist from Sok county of eastern Tibet has been released from a Chinese jail after being imprisoned for two decades.

He is the son of the late Jigme and Sonam Yeshi. A member of the local cultural committee, Gyatso was active in spreading aspects of Tibetan culture across the region.

In 1993, one of Gyatso's five sisters was murdered by a man. Gyatso reportedly stabbed the man, after repeatedly informing the police, who did not take any action. In 1994, He was moved to a prison in Nagchu and sentenced to 15 years imprisonment. Gyatso was then transferred to another prison in Drapchi.

While imprisoned in Drapchi, he created slogans calling for the long life of His Holiness the Dalai Lama and about the human rights situation in Tibet and read it loudly. He also distributed them to other inmates.

Gyatso was then reportedly tortured and kept in solitary confinement. After being transferred back, he repeated this and reports state that he was brutally tortured for a month in March 1995, causing severe health problems, including kidney failure. Reports also emerged from prison that he was going to be sentenced to death.

This information was reported to the Tibetan media and the CTA, with the help of various NGO's requested the United Nations Human Rights Council (UNHRC) to intervene.

As a result, the Chinese government commuted his sentence. The formal charge that was brought up against him was efforts to 'split the country'.

In 1998, there were mass protests inside the prison against the Chinese authorities and Lodoe Gyatso was shifted to the infamous Chushul prison, in the outskirts of Lhasa.

He was released on May 2nd this year. Reports state that Gyatso was handed over to the Sokdzong police.