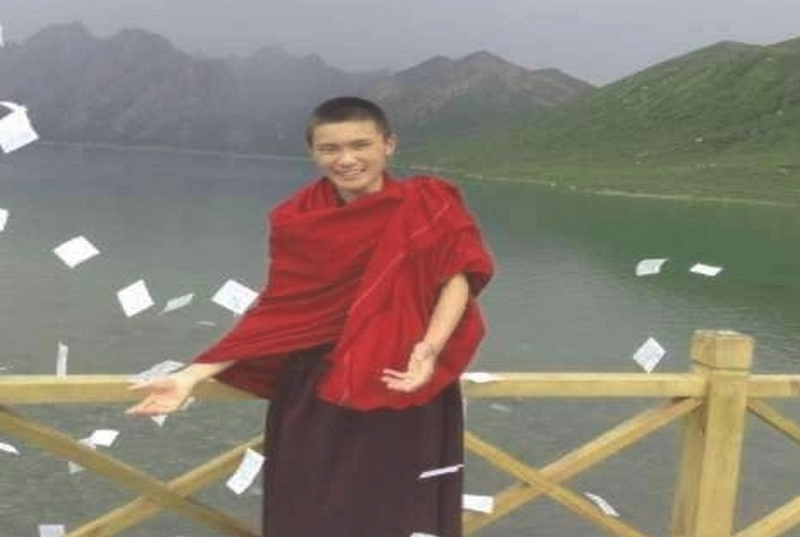 Dharamshala: — Emerging reports coming out Tibet say, a young Tibetan Buddhist monk has died after setting himself ablaze in the latest self-immolation protest, a series of protests against Chinese rule, pushing the estimated toll to 120 in Tibet.

In 2013 alone, 22 Tibetans set themselves on fire to protest against China to end its government's hardline and repressive policies against Tibet and the Tibetan people.

"Konchok Sonam, a 18-year old young Tibetan monk from Thangkor Soktsang Monastery based in has set himself ablaze on Saturday morning, July 20, 2013 (9am local time) in Dzoge county, Amdho province of north-eastern Tibet, in an apparent protest against Chinese repressive rule in Tibet," exile sources with contacts in the region told The Tibet Post International (TPI).

According to the sources, "the Tibetan monk shouted slogans- calling "freedom for Tibetans" as he sets himself on fire in protest against China's rule over Tibet.

"The present situation in Dzoge County (Chinese: Aba prefecture, part of Sichuan province) in Tibet remained tense as over three hundred Chinese military personals—including police and military forces and other officials were immediately deployed near the monastery," sources told TPI.

"A large crowd of Buddhist monks and local Tibetans have gathered outside of the Soktsang monastery in support of monks who prevented Chinese authorities from taking away his body." 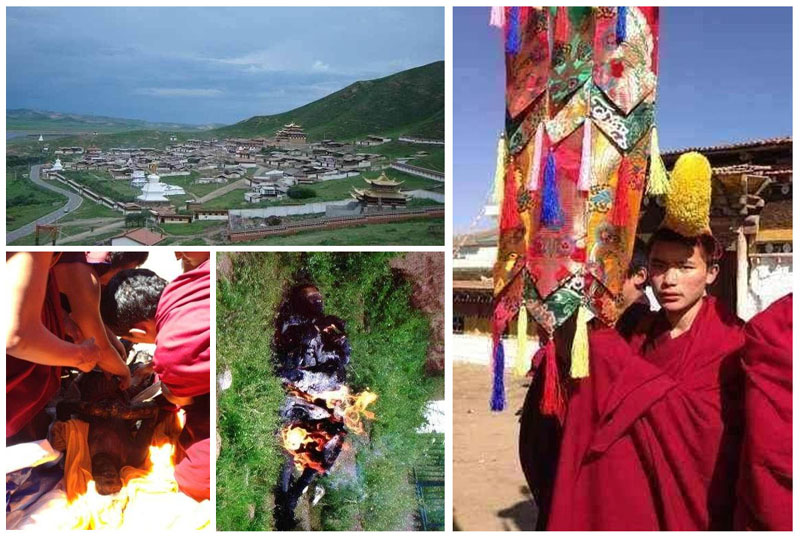 Sources said "Chinese security personnel had tried to confiscate Konchok's body, but hundreds of monks and local Tibetans protected his body from Chinese authorities shortly after the protest."

Sonam left a message to a close friend before his self-immolation protest; saying, "life is greatly suffering under the very harsh and repressive Chinese rule. Taking as a full-fledged witness to the international community by offering my life for others that the Tibetans inside Tibet are continuously suffering the under other's (the Chinese government’s repressive) rule.”

Konchok's self-immolation protest to death came just a few weeks after the Chinese government has strongly denied recent reports that it is moving toward easing the decades long hard-line policy of banning portraits of His Holiness the Dalai Lama in Tibet.

The Chinese authorities in Tibet have adopted increasingly aggressive measures to prevent Tibetans from the widespread protests that shook the regime. At least 28 self-immolation protests to deaths peaked in the run up the ruling Communist Party's pivotal Party Congress last November.

Since 2009, at least 120 Tibetans have self-immolated reportedly to protest Chinese hardline and repressive rule in Tibet and of them 103 were reportedly passed-away from their severe burn injuries.