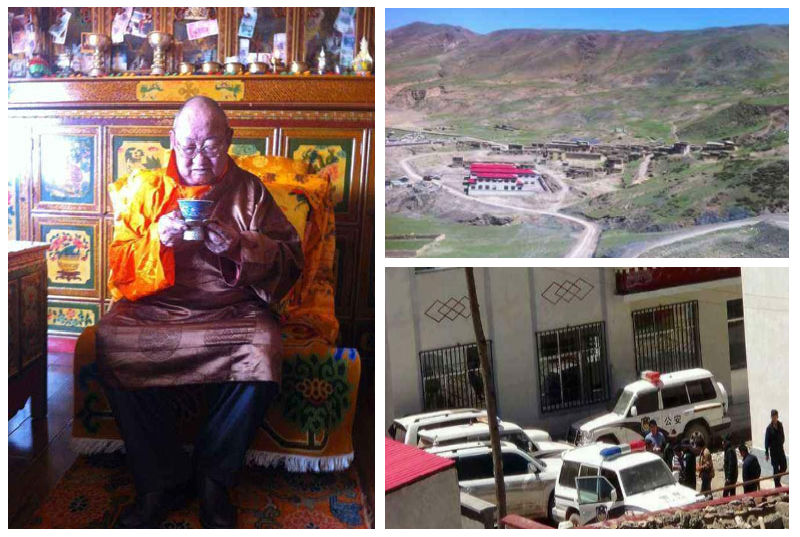 Dharamshala: - The Chinese government has forcibly shut down a Tibetan monastery, Gaden Dhargyeling based in Shak Rongpo in Nagchu county in eastern Tibet, over its alleged links with His Holiness the Dalai Lama.

According to the Central Tibetan Administration, the local Tibetans are facing the brunt of the forced closure of the monastery since they are not allowed to visit the monastery to perform religious activities. Moreover, hundreds of policemen have been deployed in and around the monastery.

The Chinese government's clampdown on the monastery started in 2010, alleging that latter had conspired with Holiness the Dalai Lama over the reincarnation of its spiritual head, Rongpo Choejey Rinpoche.

A source close to the monastery said, the Chinese government also arrested Lama Dawa that year, another important monk of the monastery, under false charges. He was subsequently sentenced to 7 years in prison. The Chinese authorities also forced the monastery to disown him and was prohibited from joining the monastery again.

"Lama Dawa is currently 78 years old and is undergoing treatment at a hospital in Lhasa. The Chinese government continues to keep a close watch on his movements by deploying plainclothes policemen around him," the source added.

The repression has compelled a monk to commit suicide. Ngawang Gyatso, a 75-year-old monk from the monastery, killed himself due to unbearable mental torture inflicted on the monks. The authorities constantly force the monks to rebel against His Holiness the Dalai Lama and other Tibetan spiritual figures.

Several other monks from the monastery were also arrested and sentenced to imprisonment for varying terms under false charges.