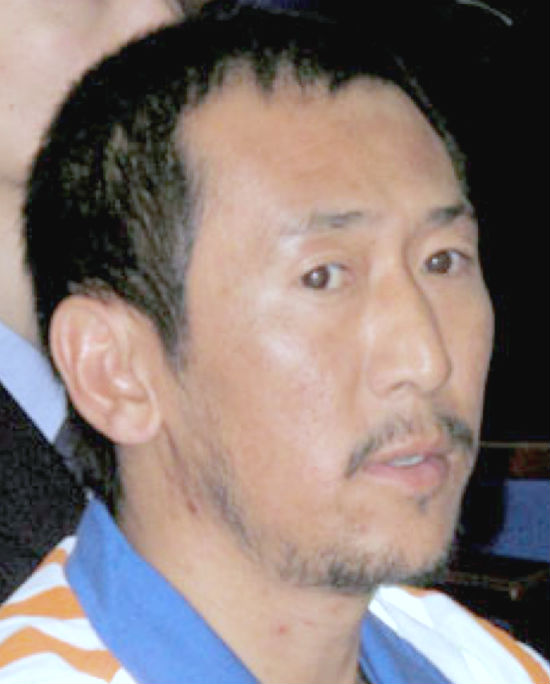 Dharamshala: - In a deepening crackdown on self-immolation protests, Chinese authorities in Ngaba (Ch: Aba) Tibetan and Qiang Autonomous Prefecture, Sichuan Province, have given death sentence to a Tibetan man for allegedly killing his wife.

Dolma Kyab, 32, was handed death penalty more than five months after the death of his wife, Kunchok Wangmo, 29, in Dzoege (Ch: Rue'rgai) County in Ngaba Prefecture, according to a Xinhua report carried on the state controlled news media- china.org.cn and Global Times.

The report said Dolma Kyab strangled his wife to death at 11 pm on 11 March 2013 following an argument over his drinking problem. He then burned his wife's body early next morning to make it look like she committed self-immolation, the report claimed quoting court authorities. Mr. Kyab is the sole bread earner in his family which consists of his eight-year-old daughter and his aged mother.

However, exile Tibetan sources had reported that Kunchok Wangmo died of self-immolation protest on 13 March 2013 on the main street of Dzoege County town. A day later, on 14 March, Dolma Kyab was detained after he refused to follow official orders to blame the death of his wife on domestic problems.

Interestingly, the Xinhua report quoted Mr Kyab's lawyer Su Haijun as saying that Kunchok Wangmo's parents would not believe that their son-in-law killed their daughter as the husband and wife "were generally on good terms with each other."

In recent years, China has made aggressive overtures, mainly in the form of hush money, to silence family members of self-immolation protesters. Last year, Dhonue, husband of Dolkar Tso, was secretly detained after he refused to accept bribe from the authorities in exchange for blaming the death of his wife on family problems.
Dolkar Tso died of self-immolation protest on 7 August 2012 near Tsoe Gaden Choeling Monastery in Tsoe city in Kanlho (Ch: Gannan) Tibetan Autonomous Prefecture, Gansu Province. Another self immolation protester Sangay Gyatso's family members from the same region were offered a bribe of one million yuan to sign a document stating that his self-immolation was not targeted against China's rule over Tibet, according to Phayul.com.

In January 2013, the same court sentenced Lobsang Kunchok, 40, to death with two years' reprieve while his nephew, Lobsang Tsering, 31, was sentenced to 10 years in prison on "intentional homicide" charges.

Dharamshala based Tibetan Centre for Human Rights and Democracy said it "remains reasonably skeptical over alleged confessions made by Mr Dolma Kyab regarding his involvement in the so-called murder of his wife. Torture is still used extensively to extract confessions in politically-motivated cases. China's lack of transparency in handing death penalty, in addition to its frequent failure to comply with international legal standards raises important questions over the lawfulness of the latest death sentence passed on Dolma Kyab."
The rights group called on the Chinese authorities to refrain from politicising the issue of self-immolation protests and end the reprehensible practice of smear campaign against legitimate expressions of grievances.

"Most importantly, we strongly condemns the use of death penalty as it violates the fundamental right to life and the right not to be subjected to cruel, inhuman or degrading treatment or punishment. The persistent use of death penalty demonstrates China's rejection of the United Nations Global Moratorium on the Death Penalty, adopted in 2007, which establishes a suspension on executions with the view to abolish the death penalty, the Tibetan rights group said in a statement issued on Saturday, August 17.

We seek "immediate and urgent intervention by the UN Special Rapporteur on Extra Judicial, Summary or Arbitrary Execution, governments and the international community in ensuring that Mr Dolma Kyab's human rights are respected and protected," the statement further added.