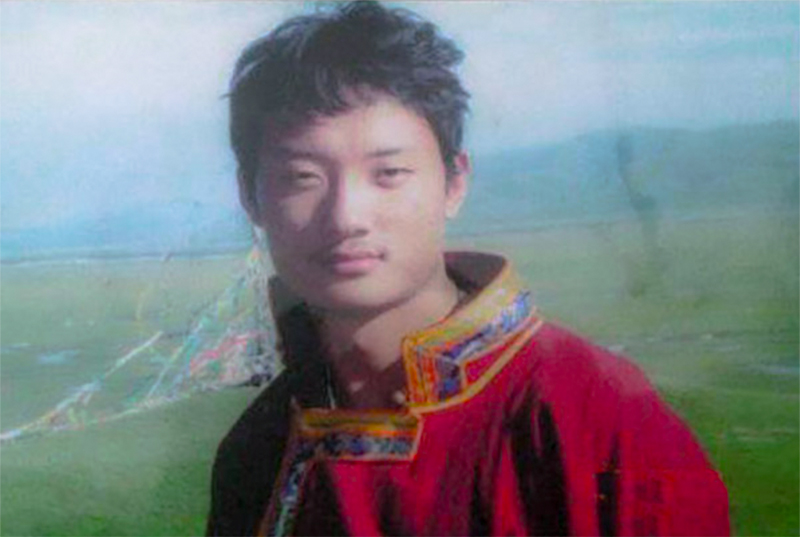 Dharamshala: - In further crackdown on the dissents in Tibet, a Tibetan writer, was arrested by Chinese police in Chengdu City of Sichuan Province for allegedly publishing speeches of His Holiness the Dalai Lama and his political writings on Tibet.

Chinese police have detained Lobsang Namgyal, a 27-year old Tibetan writer in Chengdu city of Sichuan on May 15,2013, when he was traveling in a market in the city," a Tibetan living in exile told The Tibet Post International (TPI).

Sources said that "his family members were searching for Lobsang, who has been missing for several months."

"An eye-witness, meanwhile, told his family members that, some Chinese police were taking him away in Chengdu town," sources said.

"The family members later heard that he was in a detention center in Chengdu, the capital of Sichuan Province. His family banned from visiting him and has not been informed of the reason for his arrest," another source to TPI said, citing sources in the region.

Sources from the region confirmed that "he was arrested for allegedly publishing talks of His Holiness the Dalai Lama and several political writings related Tibet issues."

According to the sources, "he completed his higher studies from Ragya Culture Institute in 2011, and published a book of poems on Tibet."

Chinese authorities arrested 18-Tibetans for allegedly involving in a protested against the Chinese rule in Machu County in 2008. Lobsang among six were arrested from a Tibetan club called 'Gesar Nangma' in the county.

Virtually any expression of Tibetan identity is being branded "splittist" - a threat to the Motherland and severely punished.

Tibetans facing a heavy restrictions and repression imposed by the communist regime that erupted into unrest in recent years. More than 120 Tibetans have separately set themselves on fire to protest against controls on their religion, language and culture and other repressive measures over the past few years.

In response to the increase in Tibetan dissident activity,the Beijing authorities have markedly expanded their authoritarian strategy to maintain "social stability" in Tibet.