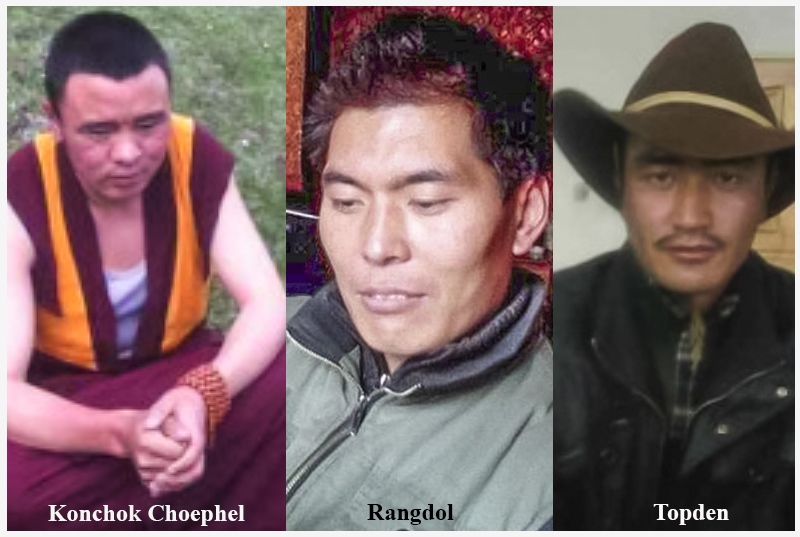 Dharamshala: - China's ongoing crackdown in enforcing the government's 'mass line' policy has resulted in the sentencing of nine Tibetans in Shagchu (Ch: Xiaqu) town in Diru (Ch: Biru) County, Nagchu (Ch: Naqu) Prefecture, Tibet Autonomous Region (TAR). All three identified so far have been charges of maintaining contacts with "Dalai clique" and for "engaging in activities to split the nation."

Among the nine sentenced to varying terms is Topden, a nomad and a writer who writes under the pseudonym Dro Ghang Gah. Topden, 30, was arrested on 28 October 2013 and sentenced to five years in prison on 30 November 2013, according a report by TCHRD. He hails from Village No. 4 in Shagchu town and has a wife, Dakar, and three young children.

Sources say Topden was imprisoned for "keeping contacts with Dalai clique and for engaging in activities to split the nation". Some who have contacts in Diru contend that he might have been punished for writing a poem detailing the atrocities faced by local Tibetans in Diru County since early this year.

The poem encompasses events during the early years of Chinese rule in Tibet particularly Nagchu area during 1969 when thousands of Tibetans were starved, imprisoned and killed. It also contains details on some of the recent crackdowns in Diru County including the beating and continued incommunicado detention of lay man Dayang, 69, in Dongla Rudo Village in Tsachu Township.

The writer also mentions the sacred Naglha Dzamba Mountain where hundreds of Tibetans protesting mining activities at the holy mountain have clashed with armed police in recent years.

Two other Tibetans, lay man Tenzin Rangdol and monk Konchok Choephel, were among the nine sentenced in Shagchu town. Dharamshala based rights group,Centre for Human Rights and Democracy (TCHRD) earlier reported on the arrest of Tenzin Rangdol, 32, a self-employed father of three. Rangdol's arbitrary arrest had led to an overnight protest the next day on 19 October 2013 by Tibetans outside the government office. He was arrested on 18 October 2013 and sentenced on 30 November 2013 to five years in prison for the same charges as Topden. Rangdol hails from Village No. 4. 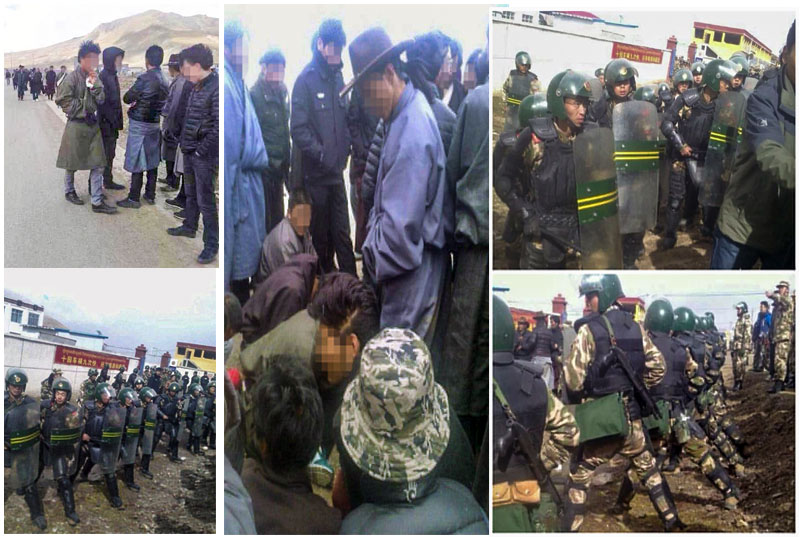 Sources also said that Lobsang Tashi, a monk from Rabten Monastery was arrested while he was doing his daily meditation. The arrest occurred at around 4 pm (local time) on 23 September 2013 when local Public Security Bureau officers also seized the monk's personal cellphone and "other electrical gadgets", according to sources.

Lobsang hails from Village no. 8 in Dathang Township and has since disappeared. There are no additional details on Lobsang Tashi.

The identities of six others sentenced are not known immediately due to extreme government censorship and surveillance in Diru and neighbouring counties in Nagchu Prefecture.