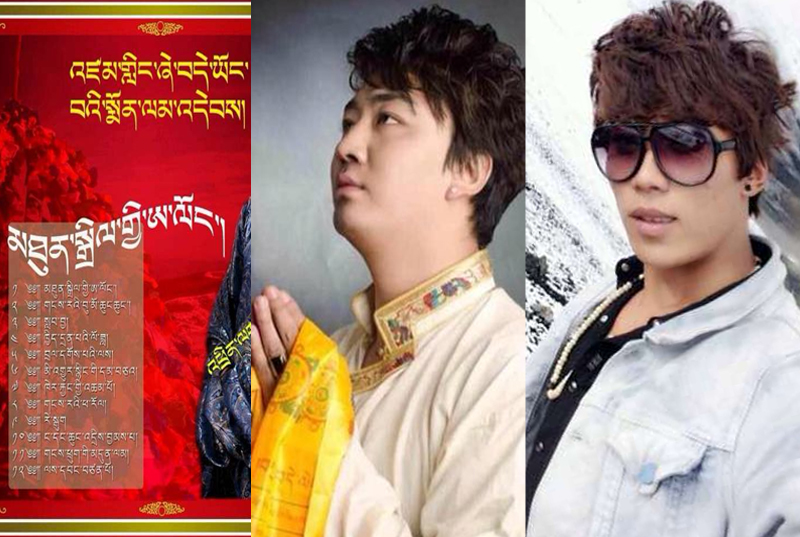 According to sources, Tibetan singer, Trinley Tsekar, 22, who was detained on 20 November, 2013 in Driru County for releasing several music albums, including 'Ring of Unity' praises Tibetan identity, culture and language, which China thinks are politically sensitive.

"Tsekar from Serkhang Village in Diru County was a popular Tibetan singer who also fearlessly expressed the pain and suffering of Tibetan people through his songs," Tenpa, a Tibetan living in exile Thursday evening told the Tibet Post International, citing sources in the region.

"His family members have no idea why he is being held. There is no information about his current place of detention or the condition of his health.

Gonpo Tenzin, 25, another Tibetan singer was arrested on 30 November 2013 in Lhasa, the capital of tibet on unknown charges. After his arrest, there is still no confirmed information on the whereabouts and wellbeing of arrested Tibetan singer and his family have not been heard from since.

According to sources Gonpo Tenzin released a album titled "No Losar for Tibet", which became popular among Tibetans.

The sources said "there is serious concern over the two Tibetan singers who are now considered subjected to enforced disappeared."

Over the years, China has sporadically arrested many Tibetan singers who have sung songs with explicit and subdued political messages, and metaphorical songs for the Tibetan spiritual leader, His Holiness the Dalai Lama.

A 29-year-old Tibetan singer who has released four albums and was known to be working in collaboration with other Tibetan singers, was reportedly arrested on July 29, 2013 in Siling city for singing politically sensitive songs that expressed longing for the exiled Tibetan spiritual leader.

In April this year, Lo Lo was arrested for releasing his new album titled "Raise the Flag of Tibet, Sons of the Snow", which carried overt themes of reunification with Tibetans in exile and political messages calling for Tibet's independence from China.

In February, another Tibetan singer named Urgyen Tenzin was arrested for singing a song in praise of His Holiness the Dalai Lama and the political leader of Tibet Dr Lobsang Sangay.

"Since September 2013, Chinese authorities have violently suppressed protests by local Tibetans, subjecting them to gross human rights abuses such as arbitrary detention, torture, unlawful imprisonment and enforced disappearance," Dharamshala based rights group, Tibetan Centre for Human Rights and Democracy, on Friday said, adding that "the crackdown has since spread to other areas neighbouring Diru County as well as Lhasa after Lhasa authorities began putting 24-hr surveillance over Tibetans" in Nagchu County, situated about 328.3 km by road north-east of the capital Lhasa