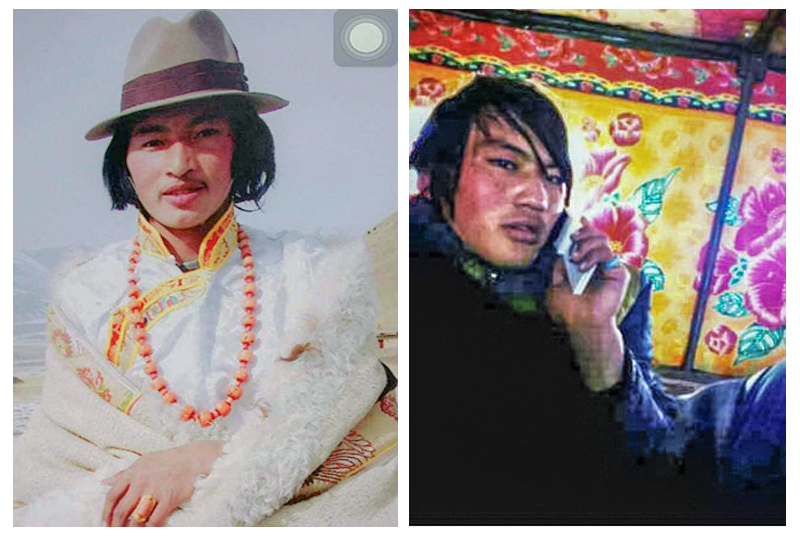 Dharamshala: - To maintain it's repressive policies in Tibet, a Chinese court sentenced three Tibetan men up to two years in prison over self-immolation protests against Chinese rule in north-eastern Tibet.

Rabten, of Sertri village in Sangchu (Chinese: Xiahe) county, was detained after the self-immolation of Thupwang Kyab in October 2012 in the nearby Sankhok town and sentenced to two years in prison for alleged involvement in his death, sources said, adding They are currently detained in a prison in Sangchu county.
.
"Jinpa and Tashi, both from Sangkhok, were each given a one year and four month jail terms over the death of an 18-year-old man, Sangye Tashi who self-immolated and died soon thereafter in November 2012. But, Dorjee Rabten was given 2-year jail sentence over the self-immolation of Thupwang Kyab," sources added.

The latest protest in last month brought to 124, the verified number of self-immolations since the wave of burnings began in 2009 in protest against Chinese repressive rule and of them 106 were reportedly passed-away from their severe burn injuries.

The Tibetan self-immolators called for freedom for Tibetan people and the return of the spiritual leader of Tibet His Holiness the Dalai Lama to Tibet.

The Central Tibetan Administration based in India has repeatedly appealed to and discouraged Tibetans from drastic action, including self-immolation, as a form of protest. The blame as well as the solution for the self-immolations lies with the Chinese government.

The Chinese authorities in Tibet have handed down heavy prison sentences to Tibetans for alleged connections with self-immolators, by making an example out of  some relatives to intimidate family members and relatives of self-immolation protesters into toeing the official line.

Foreign media say, making verifying the self-immolation protest cases in Tibet very difficult, because, claiming they are banned from the region. Chinese state controlled media have confirmed very few but not reported details.