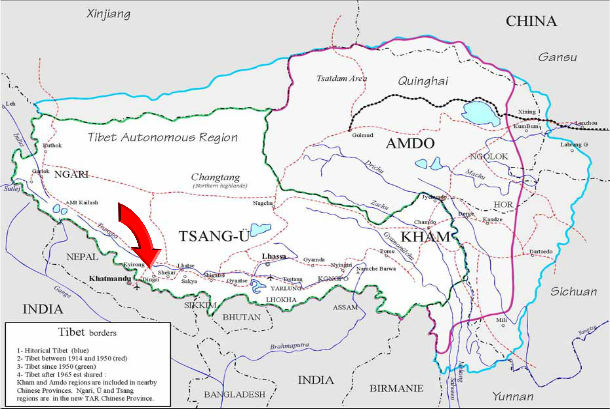 Dharamshala:- According to reports emerging from Dingri, Southwestern Tibet, over 100 nuns were expelled by the Chinese authorities from Changlo nunnery.

Speaking to Tibetan reporters from Radio Free Asia, an unnamed nun said: “Out of 200 nuns living at Changlo, only 21 had a permit from Chinese authorities allowing them to stay there.

“Beginning on March 4, nuns without residency permits were forced to return for two months to their family homes where they had to wear lay dress, which was a distraction from their religious studies.”

This measure came into place after the widespread protests across Tibetan regions in 2008. According to a nun who came to India from the same nunnery, the “Chinese authorities intensified all kinds of restrictions on monasteries in Tibet, forcing them to register resident monks and nuns and not allowing them to build new rooms.”

At-least 26 Buddhist nuns have been expelled from a Tibetan nunnery in eastern Tibet for their refusal to comply with new restrictions laid by Chinese government increased restrictions on religious practice.