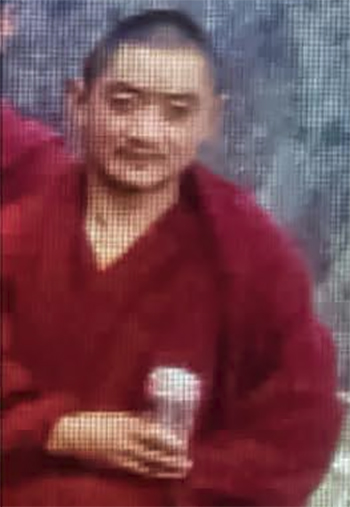 Dharamshala: - Reports coming out of Tibet say, a Chinese court has sentenced a Tibetan Buddhist monk to ten years in prison after being held in a detention almost a year.

"Tsewang, 27, from the Drildha Monastery in Sog (Ch: Su? Xiàn) county in the Nagchu Prefecture of the Tibet, was sentenced in this month by the Intermediate People's Court for allegedly inciting others to protest against Chinese rule," Rinchen, a Tibetan man living in Belgium told The Tibet Post International (TPI) on Saturday.

"He was among four monks from the Drildha Monastery, Kham region of eastern Tibet first detained on March 17 last year for 'political reasons' or on suspicion of having 'outside contacts,'" Rinchen said citing with contacts in the county.

But, their details, including current condition and whereabouts are still unknown.

Atse and Gyaltsen, two others held with Tsewang are still in police custody after being arrested from their monastery and their whereabouts and condition remained unknown.

According to an earlier report by TPI, one of them, Ven Tseyang Gyatso, a senior Tibetan Buddhist monk sentenced to 12 years' imprisonment on charges of "contacting outsiders" and for "inciting others" to protest against Chinese repressive policies in Tibet.

Several areas in the region said to be increasingly reeling under a tense situation amid unusual intensification of state surveillance measures, as paramilitary forces and police presence is reported to have significantly increased recent years.

Tibetans face lengthy jail sentences, arbitrary arrests and severe torture for sharing information about the current situation in the county and surrounding areas, where a widespread, systematic crackdown took place after "refusing to display the Chinese national flag" from their traditional homes.