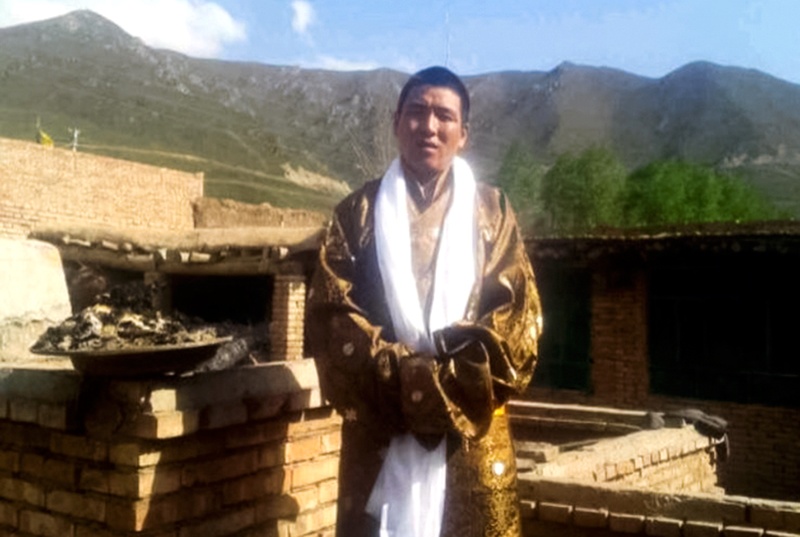 Dharamshala — Ven Golog Jigme, assistant of a documentary film "Leaving Fear Behind" expressed strong concerns about the health and living conditions of Dhondup Wangchen, who was released from prison a year ago after serving a six year prison sentence.

"Dhondup Wangchen has been tortured and ill-treated when he was in prison and has not received any treatment for hepatitis B he suffers from. "Dhondup Wangchen's health condition greatly concerns us," Ven Golok Jigme told the Tibet Post International.

His wife and four children live in US and his parents live in India, but he has not been permitted to travel outside of China to reunite with his family. Ven Jigme says he's also concerned about the living condition of his colleague Wangchen who had said "feels isolated after he was released from prison."

Wangchen who was going through health problems had served a six year prison sentence after making the documentary film "Leaving Fear Behind". Ven Jigme says "it has been exactly one year since he was release from prison."

Sources said, "Mr Wangchen has faced a year of severe restrictions, including close surveillance by Chinese authorities and monitoring his movements."

According to sources, "there were currently at least 850 documented political prisoners in Tibet, with hundreds more believed to be missing."

His release came three weeks after his assistant ven Jigme fled into exile in India. In 2014, Ven Jigme was listed by Reporters Without Borders among their list of "100 Information Heroes" on World Press Freedom Day. He currently lives in Switzerland.

Mr Wangchen has won numerous international awards for their work including the 2012 International Press Freedom Award of the Committee to Protect Journalists, and the 2014 Václav Havel International Prize for Creative Dissent. He was released from prison in Qinghai's provincial capital Xining, on Thursday, 5 June 2014.

It is a fact that today Political prisoners in Tibet are subjected to further abuse on their release. Deprived of their political rights, their movement is severely restricted. In poor physical and mental condition, they are not allowed to return to their homes after release, but with their status making it almost impossible to get a job, they are condemned to a life of extreme poverty.