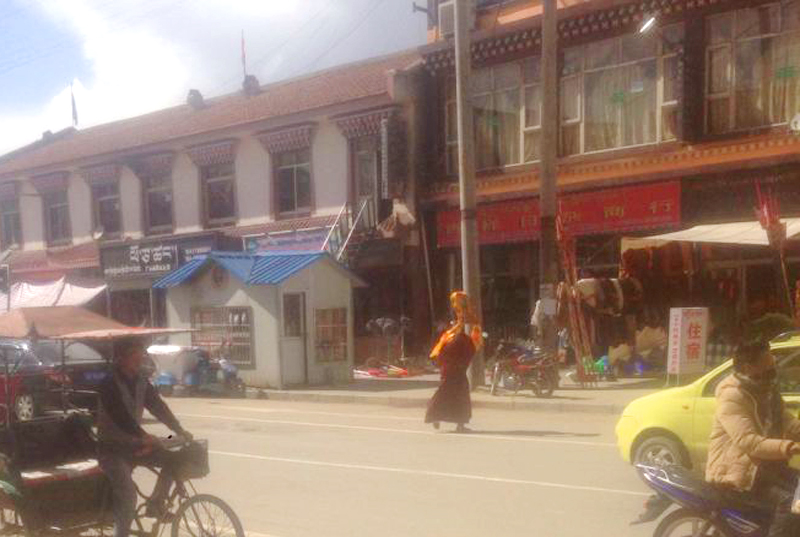 Dharamshala — Reports coming out of Tibet say Chinese authorities in Ngaba County of north-eastern Tibet have detained a Tibetan man after he launched a solo protest in Ngaba county in protesting against the repressive Chinese occupation of Tibet.

According to a video submitted to TPI by a source, Lobsang Tsering, a monk in his twenties, was taken into custody shortly after staging a peaceful march, carrying a photograph of His Holiness, the Dalai Lama and shouting slogans "May His Holiness the Dalai Lama live for 10,000 years!" and "Freedom for Tibet" at around 4 pm on Tuesday, June 7. His whereabouts are currently unknown.

"Lobsang shouted slogans calling for the return of His Holiness the Dalai Lama and freedom for Tibet. Chinese police immediately arrested him at the spot," Kanyag Tsering and Lobsang Yeshe, two Kirti monks in exile in Dharamsala, a close contacts in the region told the Tibet Post International.

He is the son of father Sherab (household name is Ngoray) and mother Yuko, and presently belongs to the Kalachakra College, one of the four main colleges of Ngaba Kirti monastery.