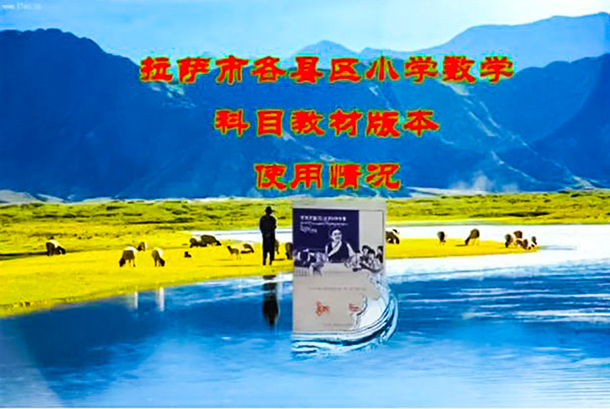 Dharamshala — The Education department situated in the Tibet Autonomous Region (TAR) has revised Tibetan language mathematic textbooks into Chinese, causing educators from inside and outside the TAR to demand the education department respects the TAR's education system.

The department has justified the revisions to the primary teaching material by saying that they will improve efficiency among students. However, Tibetans have condemned China's rule of terror in Tibet and accused it of "cultural genocide".

A document called ''Usage of Primary school Mathematics textbooks in County areas of Lhasa'' indicates that a number of districts will be expected to begin using the Chinese textbooks in primary schools from autumn of 2016.

In an article published online, Tibetan language activist Dekhang Jampa criticised the decision and called on the local government to change the education system within the Autonomous region.

Jampa continued that according to the Chinese constitution: "All nationalities have the freedom to use and develop of their language". He also noted that the Law of the People's Republic of China on Regional National Autonomy states: "local or regional security guards in ethnic autonomous areas have to protect the various nationalities to use and develop their own spoken and written languages".

Jampa went on to propose four changes: Firstly, public schools must guarantee the use and teaching of Tibetan language. Secondly, teachers should be fully trained and shouldn't have any obstacles between them and their students. Thirdly, the prohibition of subject revisions, and any violations of basic civil rights that might disrupt education. Fourthly, regional ethnic entrance examinations should be conducted in regional languages with the Chinese language being an additional course.

He points out that for families, children, schools and the education department of the Autonomous region their primary concern should be the quality of children's education. If Tibetan children are asked to learn in their own language and then take exams in another national language, it directly affects their education and degrades the quality of learning.

Tibet expert and former MP of Tibetan Parliament, Kelsang Gyaltse said in an interview: "There is Tibetan writer called 'Dekhang Jampa' who wrote an article on "who took away educational rights of Tibetan children". I think this is a very representative article. In these recent years, not only in the Tibetan Autonomous region but also include other regions of Tibet, there are people pointing out that their needs to be change in the existing bilingual teaching.

He added that the law dictates Tibetans inside Tibet should not struggle for the right to learn their own national language and the relevant departments must place more importance on this subject.

"This action is of course the eradication of the language and culture of a nation, this kind of action will cause more boycotts and more resistance in the future.

"We all know that Tibetan regions and the Tibetan Autonomous region have one type of teaching system, but the Sichuan and Yunnan provinces don't have this teaching system. This kind of action is not only against constitution of China, but its aim is to eradicate a nation's language," he said.