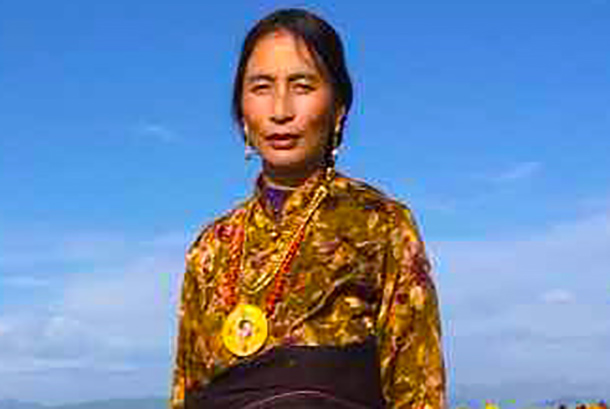 Dharamshala — Chinese police in Serta County of eastern Tibet have detained a Tibetan mother of two on unknown charges, taking her into custody this month for 3rd time and was later released from custody after the 10-day detention period.

"Tsering Dolma, a Tibetan mother from Kangtsa village (Ch: Gang Zha Cun, Serta County, in east of Sichuan Province) in eastern Tibet, has been released on June 18, after 10-day in detention and She was arrested and forcibly taken away by Chinese police in Serta County, on June 8," Ven Golok Jigme, a former Tibetan prisoner living in exile told the TPI.

"Dolma was detained after she allegedly took part in protest against Chinese government rule in Tibet, in 2008 and 2012," he said.

"A large number of Chinese police with 13 vehicles arrived in Kangtsa village on June 1, 2008, at around 6pm and detained Dolma and her father without giving clear reason," he said.

"They were severely beaten and tortured by Chinese police while in detention," the source said, adding that Dolma has two sons when she was detained first time, a 1-year-old son and another was 4-year-old."

Dolma fled to the remote mountains to hide following days after staging peaceful protest in Seta County against Chinese policies in Tibet, on October 11, 2012. Chinese police detained her again and released after she had spent months behind bars.

Tibetans in Serta County had staged peaceful protest against the Chinese repressive policies. Not surprisingly, by labeling these legitimate forms of protests as 'anti-government, vandalism, and violence', the Chinese government has criminalized all peaceful ways of expressing ones opinions and thoughts.