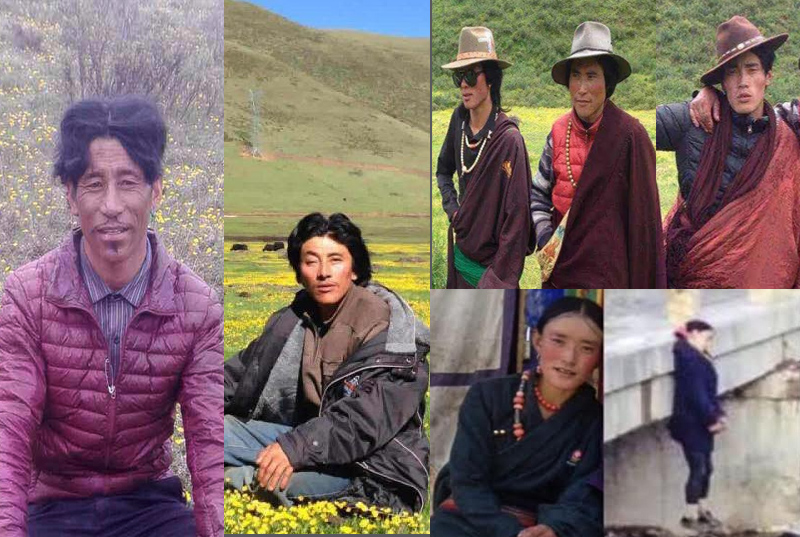 Dharamshala — July 14, 2016. In a region traditionally known as the 13 communities of Getse Datharma, in the province of lower east Tibet or commonly known as the 13 communities of Dayul in Tibet an incident has just been reported. The region in question has reportedly been apportioned by the Chinese Communists to the Karze County of Tibet in the (Ch: Ganzi prefecture of Sichuan province.)

"On October 5th 2015, a terrible tragedy occurred in our homeland. We have not publicised it so far, hoping for a positive response from the government, but now we have no choice but to appeal to the wider world," Ven Jigme, a Tibetan living in exile, told the TPI.

Reportedly, the incarnate Lama of Gertse Dralak monastery, known as Nenang Tulku, had relationships with several women in the region, rejecting them without assistance when they became pregnant. During 2015, he began a relationship with a woman called Tsering Tso, aged 27 from Ragya village in Tsalung township under Datharma township, in Karzecounty. The event in question was reported to TPI as follows:

On October 4th 2015, he called Tsering Tso’s father, Topo and asked him to bring his daughter. That afternoon, the old man brought his daughter over 7 km from their home to the Tulku’s residence. When they got there, Nenang Tulku was in the local police station drinking beer with two young policemen who are usually there. Her father, however, took her up to the Lama’s place and then went straight back home. The two young policemen, called Dorje and Tsering respectively. They too were Tibetans from Karze County and are unmarried men who live alone.

Shockingly, on the morning of October 5th, Tsering Tso’s dead body, with make-up on her face and wearing trousers, was found hanging by the neck from the bridge in Datharma township. Once it had been identified as her, her relatives examined the body and found that her neck was broken. A search then began for Nenang Tulku, but he was nowhere to be found. Locals asked the two young policeman who had been with him the previous day where the Lama was, and how the woman had died, but they had no knowledge of the events or the Lama’s whereabouts.

According to community witnesses, the two police officers and the Lama had been seen outside her door on the night of the 4th in a house nearby Dralak monastery, where an elderly female relative of Tsering Tso lived. At that time the relative was away and the outer door was locked. Given this information, Tsering Tso’s relatives and the community felt that Lama and police officers had something to do with her death. They suspected that the men may have raped and murdered her, or in any case killed her, dressed her in trousers and put on make up, and then hung her from the bridge to make it look like a suicide.

After the policemen denied any knowledge of her death or the Lama’s whereabouts, her relatives and neighbours became angry and threw stones at the police office and car. They did not however throw stones at or even touch the policemen, nor any other local officials, nor did they set fire to the police station or car. Of course, they should have reported such a serious matter to higher authorities, but are understandably an isolated community, clearly outraged by an event where they had little other recourse, and with no knowledge of legal matters.

In response to the event, the police framed this expression of public anger as ‘political’ and ‘splittist’ in nature, and brought soldiers to suppress them. This kind of move is a far from uncommon example of the abuse of central government authority to further the ends of a Colonel Kurtz-like local despot, something happening with increasing frequency in isolated regions like Tibet and Xinjiang.

Apparently on this occasion, after stones were thrown, the two policemen falsely reported to the county police station that local people had staged a dissident protest against the state. On October 10th, 1000 soldiers were sent by Karze County and prefecture came to beat up all the villagers they could find, targeting Tsering Tso’s relatives in particular. A source that wishes to remain anonymous for fear of persecution by the Chinese local officials gave the following account:

“Over 40 people from Ragya village were arrested, tied up and beaten with metal clubs, shedding so much blood that the stray dogs could not finish lapping it up. They were piled up like corpses in the back of a truck and taken to the detention center in Karze County where they were beaten again, and asked questions. But since they had committed no political offence, after a few months, they started to release them one by one. They had been beaten so badly that on their release their families had to come and take them, since they had all been so mistreated that they were unable to get home by themselves. There was not one who was not hospitalised after returning home”.

In an action that clearly indicates local officials’ fear of central government discovering the excesses of their cruelty, phone lines and communications outside the county were shut down, and people taking photographs of the police action were beaten and detained. Following a now fairly typical pattern of protecting self-interest by invoking ‘censorship in the interest of the rule of law’, local communications were shut down during the crackdown on October 10th, and a few witnesses who tried to take photos were arrested. As evidence for how ritualized this behavior has become, the police had prepared beforehand by placing spies around to watch severely beat onlookers, confiscating any cameras, iPhones or other recording devices.

At present, five innocent herders are still in detention (out of the 40 or so original detainees). They are Kunzang, 36, Palden Rigzin, 23, Dakzang, 28, Rabten, 39, Wanggon, 42. Reportedly they remain in custody because they refused to sign a statement that the two policemen in the Kyerchen were not responsible for Tsering Tso’s murder and as a result, continue to suffer mistreatment in detention. Reportedly, the Karze County police are demanding that the remaining 5 detainees sign the statement.

From an analytical standpoint, such action by local officials – as reported – stands fundamentally in opposition to the PRC constitution. If they are really innocent, the public should be shown proof, and then their doubts will be put to rest. In this case the detainees would admit that they were wrong or be proved wrong, making their custody in both cases unnecessary. However, if the 5 are obliged to sign the statement under duress and without any evidence being produced, this is in fact undermines the ‘rule of law’ that they are expected to uphold as per their mandate from Central Government.

It has further been reported that a bribe of Y350,000  was paid to the top county officials including County leader Chakdo, and the police officials, in exchange for the detainees being released. Ma-trul Dolo-tsang, Lama of Dralak monastery, apparently brokered this agreement. However, the bribe was apparently gratefully accepted with little subsequent action.

Pema Dechen – a sympathetic local official and head of the Tsalung township to which Ragya village belongs – appealed verbally and in writing to the county authorities that there should be an enquiry into Tsering Tso’s death. He also openly stated that the local people had done nothing wrong and that the detainees had not committed any serious crime. In response, county leaders and officials told him that he had failed in his duty to ‘educate the public’, and was subsequently dismissed.

Shockingly, on May 20th 2016, the remaining 5 detainees were given 2.5-year prison sentences by the county court. A mysterious document calling for them to be sentenced, bearing the thumbprints of 5 locals was cited. The thumbprints apparently belonged to Tsering Tensung, Loga, Wangpo, Shingkyong and Tsultrim Sherab. It was also claimed that township leader Pema Dechen and a group of senior Dralak monks including Khenpo Tenzin Ozer/Tupo had called for them to be sentenced. Both the township leader and the monks denied this.

Another report, however, indicates that the 5 ‘signatories’ above were deceived into putting their thumbprints on the document. This report states that, a few months ago, all of them, including Tsering Tso’s father Topo were called to the police station at 9 am one morning. Topo had gone elsewhere and could not be reached, while the 5 signatories feared that they were going to be put back in prison if they did not cooperate.

It is at this point that an all-too-familiar dirty trick emerges. When they went to the police station, the police showed them 3 computer printouts all written in Chinese, with photos of the people in prison attached, and asked “Do you know whose pictures these are?” When they replied that they did, the police said “In that case, you must write your names and put your fingerprints on each one.” After writing their names, each of them was made to put their fingerprint on the documents, but none of them could read a word of Chinese, and the police did not explain the contents at all, nor the need to sign them.

It did not occur to those 5 that the police would later use the signed papers for ulterior purposes. But at the time of the trial of those 5 innocent prisoners, the police produced those papers and claimed that they were being sentenced to 2.5 years because Tsering Tensung, Loga, Wangpo, Shingkyong and Tsultrim Sherab had signed statements asking for them to be sentenced.

On the contrary, it is reported that Tsering Tensung, Loga, Wangpo, Shingkyong and Tsultrim Sherab as well as Khenpo Tupo/Tenzin Ozer and other monastery seniors made several appeals to the Karze County police and other officials that these detainees had done nothing wrong and should be released. One informant who provided much of this report to TPI at great personal risk concluded his statement with the following earnest plea:

“We hope that Xi Jinping and the top leaders will support us, and that the rest of the world could understand our pain. No enquiry has been held into Tsering Tso’s death, while local officials and leaders from Karze County level upwards have conspired to use force to bully the common people. It is our hope that where Chinese government laws and regulations are seriously flouted, in grave cases of corruption like this, Xi Jinping and the top leadership will investigate and rectify. Rather than enduring injustice in silence, we are writing this appeal in the name of over 700 residents of the Tsalung, Kyaklung, Datoe and Rakor townships under Datharma township in Karze County, Ganzi prefecture, Sichuan province on June 1st 2016 and making it known to the outside world”.