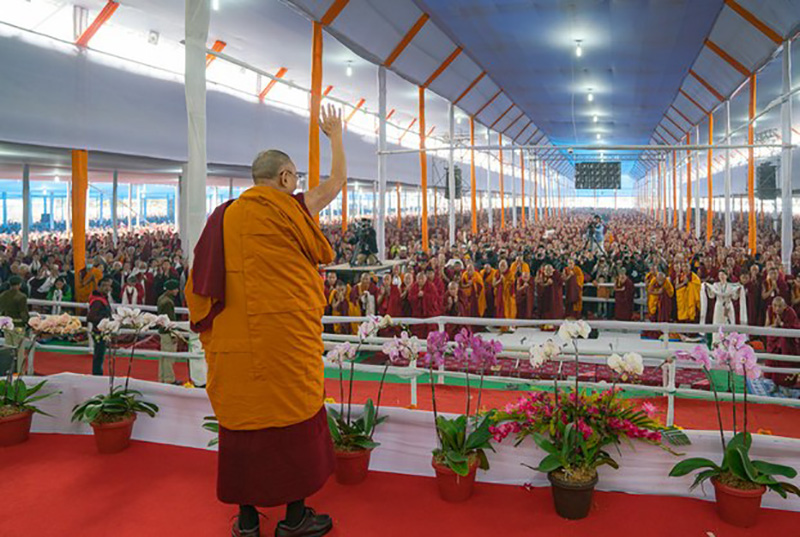 Chinese authorities have called the Dalai Lama’s Kalachakra ceremony being held this month in Bodh Gaya “illegal” and have threatened punishment for Tibetans spreading news of the event or organizing local ceremonies in support.

Practicing privately or meeting in small groups, Tibetans living in townships and villages across Qinghai are doing whatever they can to be involved, though, said a source speaking on the condition of anonymity.

“In my own village, people are engaged in virtuous activities such as fasting, performing prostrations, and setting animals free,” the source said. “The same things are happening in other places, too. Families are hosting gatherings to recite mantras and other prayers, and this is being done in secret as the monasteries and communities are being careful not to do anything more openly."

“The Chinese authorities cannot prevent this, because it is being done discreetly.”

Noting that the Dalai Lama has promised Tibetans living in China that he will pray for them during the Kalachakra rituals, “Tibetans feel confident they will receive the blessings of the ceremony,” the source continued.

Meanwhile, Chinese authorities have warned local residents against involvement in the festival, calling the gathering “illegal” and threatening punishment for those spreading news of the event or organizing local ceremonies in support.

After forcing many pilgrims who had traveled to India on pilgrimage in hopes of attending the religious gathering to return home with threats of hurting family members, authorities have now allegedly threatened jail terms of from 10 days to five years for involvement in the event.

Official notices circulating in Yunnan province’s Dechen (in Chinese, Deqin) county, copies of which have been obtained by TPI, states, “Anyone engaging in these acts will be in violation of Article 55 of China’s Public Security Law and will face severe consequences,” the notice adds, with penalties ranging from 10 to 15 days of police detention to jail terms of up to five years for “more serious cases.”

“Other related activities, such as organizing celebrations in support of the Kalachakra, are also forbidden,” the notice says.