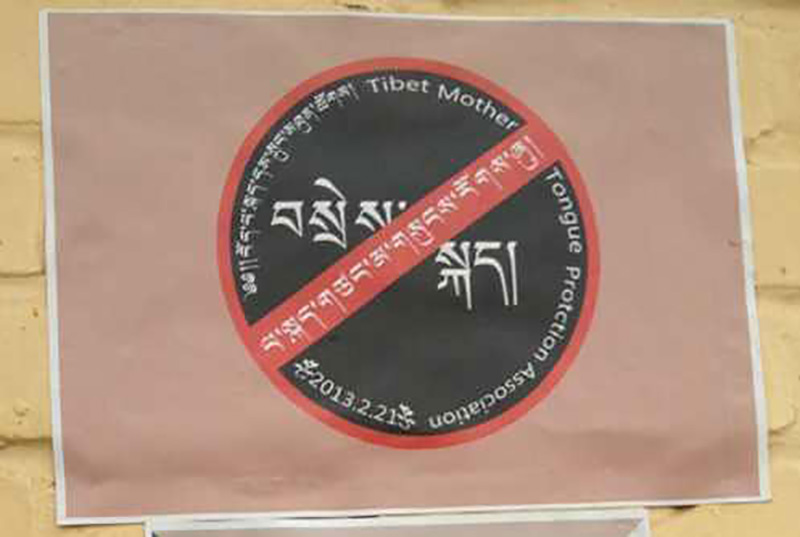 Dharamsahala — Tibetan children living in the capital of China’s Sichuan province are being denied the right to an education in their own language, according to a prominent Tibetan educator living in Chengdu, the northeastern Tibetan Amdo region.

In a memo submitted to a January meeting of the regional Chinese People’s Consultative Congress (CPCC), regional committee member and professor at Sichuan Teachers University, Dolkar Kyi, called for Tibetan language instruction to be instituted in schools immediately, along with the current Chinese language curriculum.

According to Kyi, about 2,000 Tibetan children of school age now live in Chengdu,“but, no school in Chengdu at present teaches in the Tibetan language, and all Tibetan children are taught in Chinese as the sole medium of instruction,” said Kyi, whose proposal was later spread through social media.

“For now, Tibetan parents who want to educate their children in the Tibetan language have no option but to send them back to their hometowns,” she said.

Tibetan families living in Chengdu have tried for years without success to set up courses for their children taught in their native language, Kyi said, adding that China’s constitution guarantees protections for “the equal treatment of [minority] nationalities, and for equality among languages.”

“As other minority nationalities such as the Chinese Muslim Hui have been accorded this right to bilingual education, it is also hoped that Tibetans may gain the same rights from China’s central government,” she said.