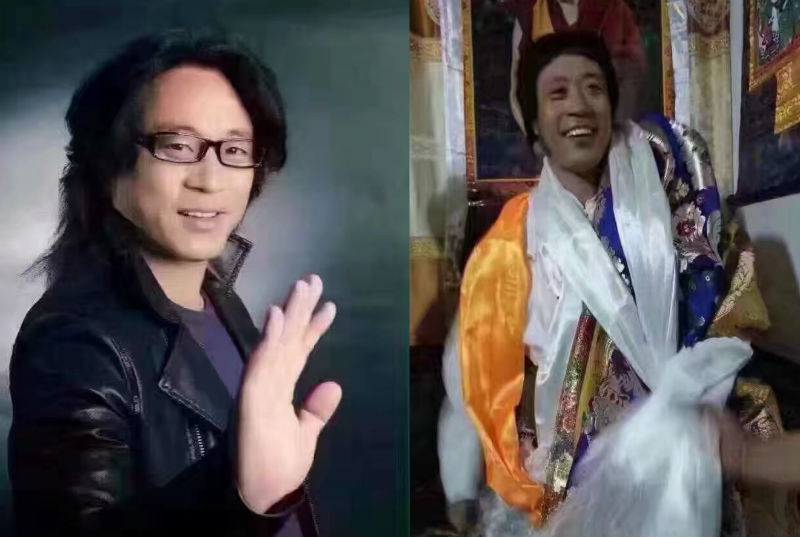 Dharamshala — A popular Tibetan singer released after completing four-year prison sentence, for singing songs praising His Holiness the Dalai Lama and highlighting Tibetans who were killed in widespread peaceful protests in 2008.

Achok Phulshung, 28-year old, was taken into custody on August 3, 2012 in Barkham County, Ngaba, Amdo region of north-eastern Tibet, allegedly in connection with his music album, which included songs praising the Dalai Lama. Before his arrest, Phuljung released five albums of music that included Tibetan patriotic songs, which raised his popularity among his fans across Tibet.

Phulshung was sentenced to four-and-a-half years in prison and three years deprivation of political rights for writing songs praising His Holiness the Dalai Lama and highlighting Tibetans who were killed in widespread peaceful protests in 2008. But tThe exact date of Phulshung's sentencing is unknown," Sonam, a Tibetan living in exile told TPI.

After serving his sentence, Phulshung, now 33 years old returned home Thursday evening (February 2), where he was welcomed by local Tibetans, including intellectuals, who expressed their sincere appreciation of his signal dedication over many years for the just cause of Tibet.

Fellow musicians are seen in the clips celebrating Phuljung’s return while renowned Tibetan poet Nyen is also seen welcoming him home. Addressing Phuljung, Nyen said: "The night is filled with darkness … But a good sign has been set, soon it will be dawn. Tibetans are people that have waited a long time for dawn. Thank you very much!"

Phulshung was detained by Chinese police on August 3, 2012 at a teashop in Barkham county, after a short period spent in hiding and was initially held in secret before his sentencing and reportedly transferred to Mianyang prison, where he served his term, the source said, adding: "He was charged with separatism, tried in secret and sentenced to more than four years in prison."

Prior to his arrest, Phulshung released five albums. They all talked about the Tibet issue, life in Tibet and Tibetan national pride. He was thus always taken in for questioning by police and was warned to stop creating such literature. He was born in Amchok Village, Marthang County, Amdo region. He comes from a nomadic family and is educated up to middle school. He is said to have trained himself while grazing yaks and his music is popular amongst the nomads as he expresses their sentiments. Many Tibetans refer to him as "Pride Singer"

Despite the singers' imprisonments, their songs have become popular in both inside and outside Tibet. Since 2012, China has jailed eleven Tibetan singers, including Phulshung after they wrote and performed songs celebrating Tibet, opposing China's repression and calling for freedom. In 2013, Trinley Tsekar was sentenced to nine years in prison.

In October last year, Two Tibetan musicians - Pema Trinlay and Chakdor who were imprisoned in 2012 have been released from prison after serving four-year sentences. Both of them were were charged with separatism, tried in secret and sentenced to four years in prison.

Chinese authorities have jailed scores of Tibetan writers, artists, singers, and educators for asserting Tibetan national and cultural identity and language rights since widespread protests swept all parts of Tibet in 2008. Many of the singers were arbirtraily detained for long periods prior to sentencing, with no information shared with their families.

Freedom House, the influential human rights and democracy organisation, published its annual Freedom in the World report on Frebruary 2. The report assesses political freedom in countries and territories across the world and gives a damning assessment of political rights and civil liberties in occupied Tibet.

According to the report, Tibet was classified overall as being 'Not free'. Using a scale from 1 to 7 (with 1 being most free and 7 being least free) Tibet was rated a 7 for both political rights and civil liberties. Only 13 countries and territories received this lowest possible grade, including North Korea, Saudi Arabia and Sudan.

The Paris world media watch-dog "Reporters Without Borders" (RSF) also ranked China (include Tibet) 176 out of the 180 countries on its Press Freedom Index 2017. International media reports stated 'there are more foreign journalists in North Korea than Tibet,' making Tibet one of most difficult places in the world. Tibetans in Tibet reported receiving official threats and warnings after using their cell phones to exchange what the government deemed to be "national secrecy or political sensitivity."