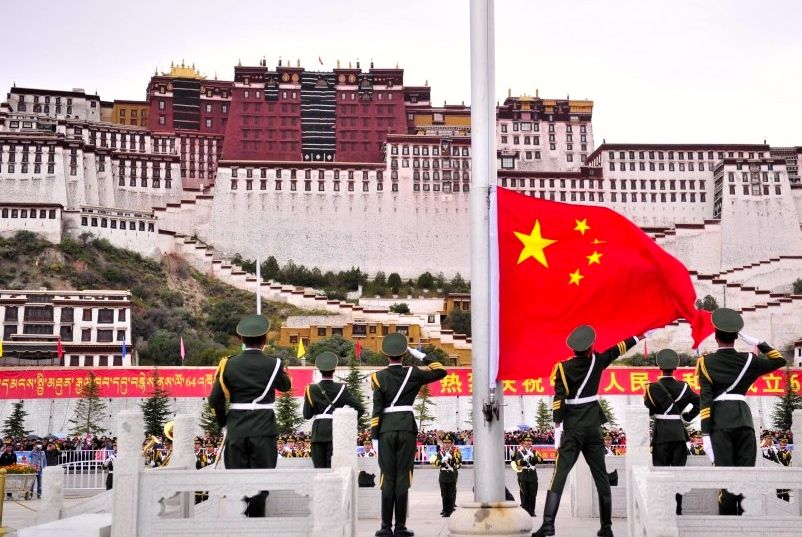 Dharamshala — Officials in eastern Tibet are reportedly being forced to undergo a polygraph test as part of an evaluation of their political loyalty to the CCP. The news, published in the state media, is just one new factor indicating a stepping-up of surveillance and intrusion into the private lives and thoughts of Tibetans, in attempts to stamp out those loyal to His Holiness the Dalai Lama.

The state media report from Kardze (Chinese: Ganzi), stated that the lie-detector test was being imposed in order to establish the “true feelings” of Party members in the region. While it stated that this is a matter of establishing their “psychological stability”, the priority of the authorities appears to be to ensure political loyalty to the CCP and compliance with CCP policy.

The inclusion of the polygraph comes just weeks after the CCP admitted some of its own officials were donating money to the Dalai Lama, saying these actions “severely undermine the Party's fight against separatism.”

The report in the state media in Kardze (Sichuan Province, known as Tibetan area of Kham) said that as part of a “progressive training” since April 7th, “candidates are required to answer questions according their true feelings and ideas”, and that a lie-detector had been installed in order to “verify the authenticity” of the answers. So far this year more than 168 Party members have participated in the assessment, the article stated.

According to reports by the International Campaign for Tibet, a stepping up of militarization and surveillance in Kardze prefecture, particularly in the area around Larung Gar religious institute since demolitions of homes and expulsions of monks and nuns began last year. An observer who was in the area said that Public Security Bureau (PSB) and police mobile stations have been placed in various towns in Sichuan: “These are equipped with video cameras, special rifles and weaponry, and digital luminous displays warning the populace to maintain order and harmony and respect Chinese laws. Typically, no vehicles with passengers inside are allowed to stop in the vicinity of mobile stations. These mobile stations create heightened tensions and further pressure on the daily lives of Tibetans, particularly considering that most Tibetan towns in Eastern Tibet (Sichuan and Qinghai) have seen an increase of military presence and construction of large military facilities, including in Serthar in recent years.”

At the same time as the announcement of the lie-detector tests, the official press in Kardze announced a further ‘inspection’ conference involving official which acknowledged the need for “improvement” in the “political stance of Party members”.

Signaling the political importance of these developments, the Sichuan provincial authorities have just announced a large-scale training of Party members over the next two years. An order issued on April 25 detailed the plans for training tens of thousands of people, stating that it is not only important in order to serve the Party but also to “strengthen leadership” on an “ideological and political” basis.

Elsewhere in Tibet, there has also been a new surge of ensuring allegiance among CCP officials with the establishment of an ‘Inspection’ system in the Tibet Autonomous Region (TAR), an initiative imposed from Beijing and intended to cover “inner-party supervision work”, according to an official report.

In Qinghai, as well, tens of thousands of Party members based in Tibetan villages as part of the intensified control measures at grass roots level began to undergo training in March, according to the state media. The article stated that the members would travel in different groups to different Chinese provinces for a training that would be complete by the end of June 2017.

One of the main purposes of the ‘political inspection’ specified in the state media report is to ensure that all Party members and officials are united in their “anti-separatist” work and “social stability maintenance”, political terms usually aimed at ensuring compliance to official policy and eliminating dissent and loyalty to the Dalai Lama.