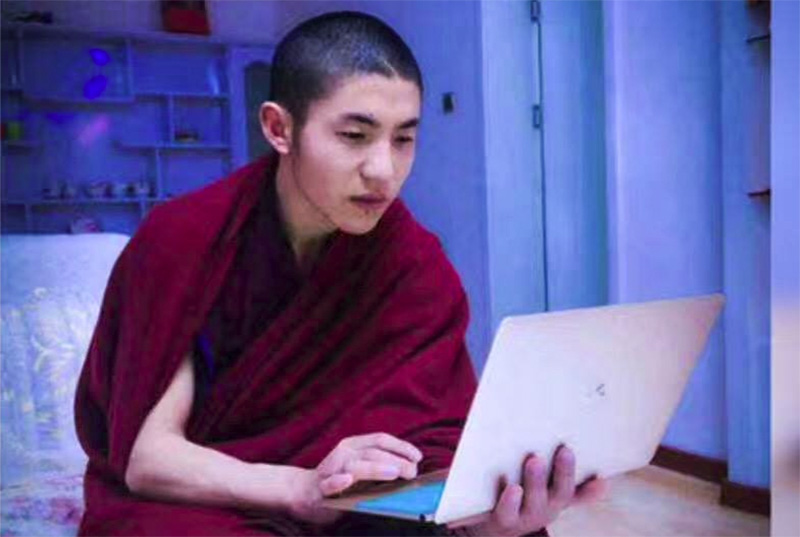 Dharamshala — A Tibetan monk reportedly died after setting himself ablaze in Chengtsa County of North-eastern Tibet on Thursday, demanding the return of His Holiness the Dalai Lama from exile and protesting against Chinese rule over the Himalayan nation.

The monk, Jamyang Losel, aged around 22, set fire to himself to death around midnight on Thursday (May 18), near a prayer wheel in Chengtsa County of northeastern Tibet (Ch: Jainzha County in Huangnan Tibetan Autonomous Prefecture in Qinghai Province, China)," TPI source said, speaking on condition of anonymity.

"He died of severe burn injuries after setting himself on fire," in protest against China's heavy-handed controls on people of Tibet, said the source-in-exile with contacts inside the County. "His family approached the authorities for the body but they were not give the custody of his body.," the source added.

According to the source, Jamyang Losel is a monk from Jerteng Monastery, who hails from Nangra Dhungkya village in Chengtsa County, northeastern Tibet.

Following the self-immolation, the Chinese authorities reportedly imposed heavy restrictions in the area, which made it difficult to obtain further details.

Losel is the fourth Tibetan to carry out a self-immolation protest in 2017. The last self-immolation in Tibet was reportedly carried out by Chankdor Kyab, near Bora monastery, in the Bora Township of northeastern Tibet, on May 2, 2017.

The source said Chagdor Kyab also shouted slogans such as "Tibet wants freedom" and "Let His Holiness the Dalai Lama come back to Tibet" while he burned. It was unclear whether he was alive or dead. His mother's name is Dolma Tso and father's name is Zoepa, farmers in the Bora Township.

The latest self-immolation by Jamyang Losel brought the total verified number of self-immolations inside Tibet to 149. Of these, 125 are known to have died. Most of the self-immolators called for the return of the Dalai Lama and freedom for the Tibetan people.

The communist regime China says Tibet has always been part of its territory, but people of Tibet says Tibet was an independent nation for centuries until Chinese troops invaded, starting in 1940s.