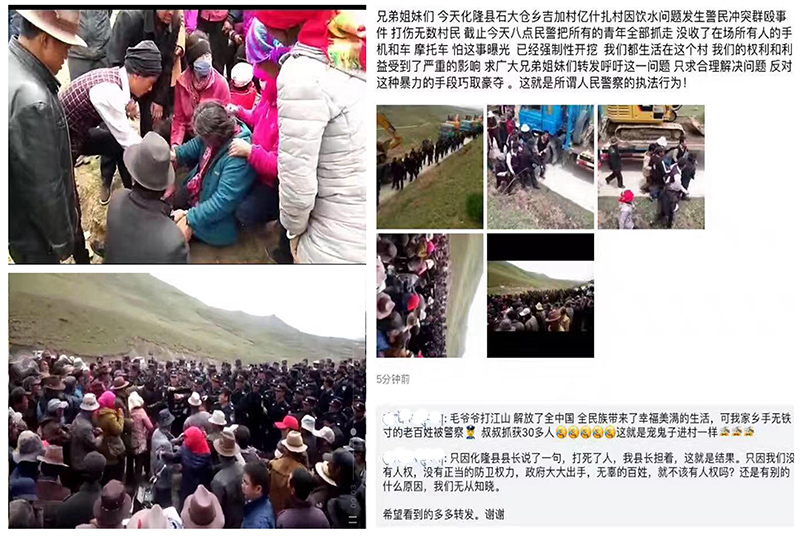 Dharamshala — Protests in northeastern Tibet after local authority orders to divert a waterway, taking away locals' drinking water supply, led to a clash between villagers and police, according to sources in the area.

According to TPI's sources in the region, on June 1st, locals in the villages of Shitsa, Kyidgya, Taktsang in Palung County, in North eastern Tibetan protested after a district leader revealed plans to divert the locals' water to a Muslim valley, forcing Tibetan locals to travel over four hours to obtain drinking water and creating a major shortage of water in the future.

“The river flowing within the territory of Shitsa village was to be diverted towards Tharga village, which is inhabited by Muslims and this was resisted by the Tibetan villagers,” said one source with ties to the region.

The Tibetan village community had allegedly called on the higher authorities to resolve the water dispute fairly, however paramilitary were deployed and reportedly used tear gas and shot onto the crowd, injuring more than 40 people. It is also reported that many local Tibetans were arrested in relation to the events.