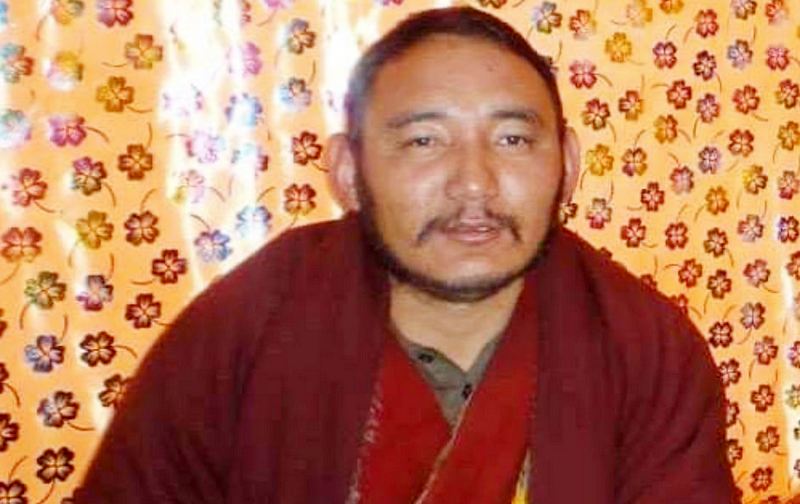 Dharamshala — Another former political prisoner of Tibet has passed away due to injuries sustained from severe beatings and torture in a Chinese prison. Tibetans living across the world portrayed him as one of those freedom fighters who have sacrificed their lives in the freedom struggle in showing solidarity.

Choekyi discharged last year after serving his four years sentence term in the Chinese prison, died on May 7, 2020, due to severe torture suffered in prison. Prior to his demise, he was at his home in Shosang village, Nyitod Township, Serta (Ch: Seda) County in eastern Tibet.

Choekyi was arbitrarily arrested by the Chinese Security officials on June 19, 2018, as he shopped with his father wearing a t-shirt which had a message as, “Celebrating the Dalai Lama's 80th Birthday”. He was charged with inciting “separatist activities” and was initially held in prison in Dhartsedho County in Kardze (Ch: Ganzi) Prefecture before transferring him to Sichuan’s Mianyang prison to serve four years sentence.

Before his arrest, Choekyi was suffering from a kidney ailment and other health-related issues. The torture in detention and the hard labour in prison made his condition much worse. There has been a wide international call for his immediate release and medical attention.

The European Parliament had adopted a resolution on 18 January 2018 inter alia calling the Chinese authorities for the immediate and unconditional release of Choekyi and “urged the Chinese Government to allow his relatives and the lawyers of his choice to visit him and, in particular, to provide him with adequate medical care.”

Choekyi reached his home at Shosang Village, Nyitod Township, Serta County on January 18, 2019, at around 9 pm local time. The Chinese authoritarians threatened his family of dire consequences if they informed anybody beyond his immediate family about his release in order to prevent any kind of public gathering.

The authorities allowed only his family members to pick him up and prohibited other Tibetans from receiving him from prison. “Since his arrival, his house is under constant surveillance. Few security officials can be seen holding cameras to take pictures of the people visiting him,” reported our source.