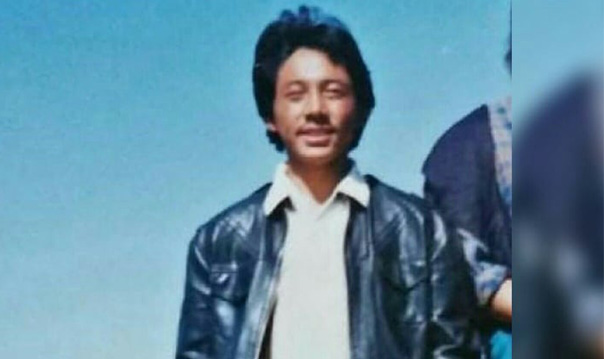 Dharamshala, India – A Tibetan man from Kham Driru County died after suffering from injuries and beating by Chinese police while he was in prison, on February 6, 2021.

According to a reliable source, Kunchok Jinpa, aged 51, from Kham Driru County passed away on February 6, 2021 in a hospital in Lhasa, Capital city of Tibet after being transferred to the hospital from prison in November of 2020. He suffered from brain hemorrhage and was paralyzed due to ill-treatment and torture while he was in the Chinese prison.

“Kunchok Jinpa was arrested by Chinese police on November 8, 2013, and later sentenced to 21 years of imprisonment by Chinese authorities for allegedly “leaking state secrets” and for sharing information to foreign media,” Yadhar, a Tibetan man living in India told TPI.

“After serving 7 years in prison, Jinpa was hospitalized in November, 2020, because of torture and beating in the prison. On January 29, 2021, Chinese authorities asked his family members and relatives to donate blood to Jinpa, but they were not allowed to see him at first. Later when they met him, he was suffering from brain hemorrhage and was paralyzed and unrecognizable. He died in that hospital on February 6, 2021,” continued the source.

In September 2013, Tibetans from Driru county protested after Chinese authorities in the area forced Tibetans in several villages to fly the Chinese national flag at top of their houses, days before China's national day on October 1, 2013. Three Tibetans were killed at the time and hundreds of Tibetans were detained, Kunchok was among the detainees, according to TPI reports in 2013.

Kunchok Jinpa, hails from Chaktse township in Driru County, Kham, eastern Tibet. His father is called Sonam Wangden and his mother is called Pelha. He was a former monk at Gom Gonsar monastery (Choekor Jampaling) in Driru County. He came to India in 1989 and studied at Jangchubling Monastery in Dehradun for 18 months. Later, he joined Tibetan Children’s Village School, Suja, Bir in HP, India and graduated in 1996 from there. Later he studied at Central University for Tibetan Studies, Sarnath, Varanasi, UP.

In 1998, he returned to Tibet and where he worked as a tour guide since he was good in four languages; Tibetan, English, Hindi and Chinese. “He used to talk about the importance of unity among Tibetans as well as education and economic development. He was truly patriotic and dared to face China’s unfair policies in Tibet. In April 2013, he told his countrymates in India that he is not afraid of being arrested and killed. And that he has no regret, but from then on, he will not be able to send information of what is happening in Tibet. He told them if there is no word from him, that means he has been arrested,” Yadhar told TPI.

Dr Lobsang Sangay, the President of Central Tibetan Administration stated, “The tragic news of Kunchok Jinpa’s death due to torture and mistreatment while in Chinese prison comes barely a month after a similar death of 19-year-old Tenzin Nyima. China’s pervasive use of torture on prisoners of conscience is not unknown to the world. There are hundreds of Tibetans illegally held and tortured for their defiance of China’s rule over Tibet.” Sikyong Dr Lobsang Sangay urged for international intervention and said, “The international community and UN human rights experts must intervene and investigate these cases of arbitrary detention, conviction without due process, torturing and killing of Tibetans by the Chinese government.”

On January 19, 2020, Tenzin Nyima, 19-year old monk from Dza Wonpo, Sershul county, Karze (Ch:Ganzi) died after experiencing serious torments and repeated beatings at the hands of Chinese authorities while he was still under Chinese custody.

In August 2020, Lhamo, a 36-year-old mother of three from Driru county, also died due to ill-treatment and torture in Chinese custody.