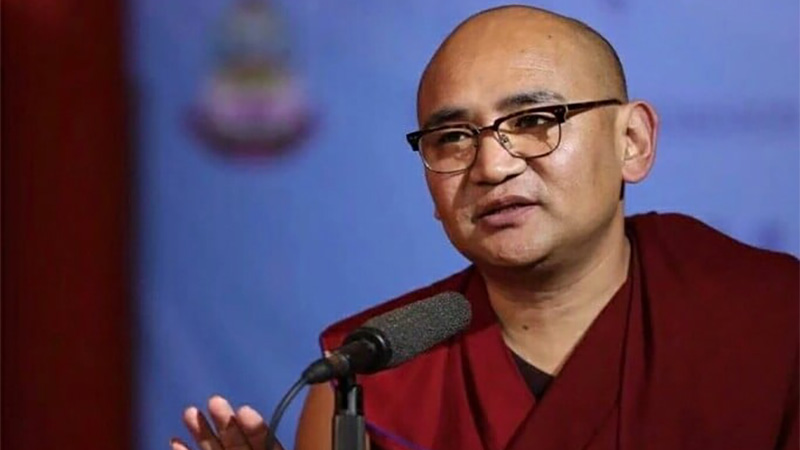 Dharamshala, India — A famous Tibetan writer called Go Sherab Gyatso was detained by the Chinese authority last year on unknown charges. Other information regarding his arrest is still unknown. He is a well-known Tibetan writer and teacher. This is his fourth arrest or detention by Chinese police since 1998.

According to a reliable source of TPI, Go Sherab Gyatso was detained in Chengdu city, Sichuan Province by the Chinese officers of Lhasa Intelligence on October 26, 2020. The Chinese authority warned his family members not to tell anyone about his arrest and other information. Therefore, further details including reasons for his arrest, detention, and his current whereabouts are still unknown to the world.

Go Sherab Gyatso (Gosher) hails from Ngaba county, Amdo region of Tibet, and was a monk of Kirti monastery. Deemed a skillful writer and a great teacher, he has on several occasions been invited to address students at the Northwest University for Nationalities and monasteries on issues related to Tibetan culture and the education of Tibetans, particularly the education system of monasteries. Gosher is also a successful researcher and has traveled extensively around China, India, and Nepal in the past.