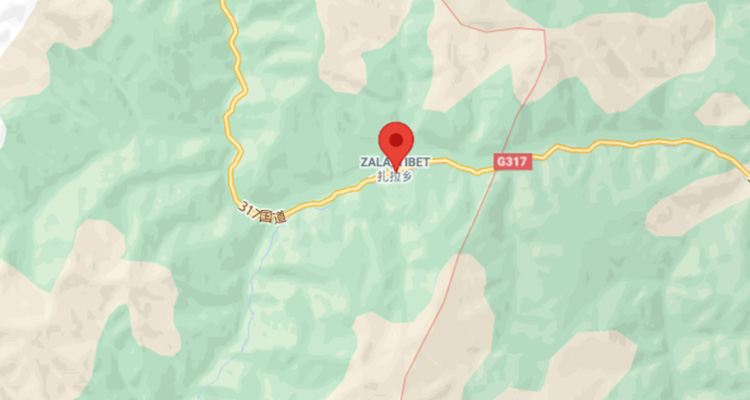 Dharamshala, India – Several Tibetans were arbitrarily arrested in Driru County in "Kham Province" in eastern Tibet ahead of the so-called 100th anniversary of the founding of the Chinese Communist Party, at least one of them on charges of allegedly having contacts outside Tibet, leading to further repression and tightening of control.

Gyajin, a 44-year-old Tibetan, was arrested in "Driru County" by Chinese authorities in April 2021 on unknown charges, although locals who know him believe his arrest may be related to contacts with exiled Tibetans, but no further details are known as the area is tightly controlled by Chinese authorities, said a source citing contacts in the area.

“In April 2021, a number of other Tibetans were also detained by local Chinese authorities, and other information, such as names, locations and, detentions, remains unclear due to the tight control of Chinese authorities on the ground,” Yardhar, a Tibetan living in India, told TPI.

"Due to the upcoming so-called 100th anniversary of the founding of the Chinese Communist Party, Chinese authorities have imposed strict restrictions in Driru and have deployed a large military presence there; the situation in Driru is now critical." the source said.

Gyajin is a father of four children, from Meri settlement, Zala Village, Driru county, Tibet. According to the source, Gyajin speaks frequently on Tibetan unity, environmental protection and the importance of the Tibetan language.

According to Yardhar, who is also from Driru, the situation in Driru has deteriorated, making it difficult to contact Tibetans inside the region. In particular, Tibetans inside Tibet fear of speaking about political issues in Tibet because they are in danger, making it difficult to obtain detailed information about detainees, such as the reason for their detention and where they are being held so on.

The Chinese government has imposed severe restrictions in the three counties of Nagchu, Driru, Sog, and Dhachen in recent years, according to the source. Innocent Tibetans were detained, jailed, beaten, imprisoned, and killed. Tibetans with family in exile have been jailed and arrested for merely contacting their families in exile.

According to TPI’s previous reports, a Tibetan man called Namdak, from Driru County in the Nagchu region, eastern Tibet, sentenced to 13 years of imprisonment by Chinese authorities for allegedly helping Tibetans who are escaping to India. The arbitrary punishment came to light seven years later only under the excessive control and constant surveillance of China in occupied Tibet.

kunchok Jinpa ,from Kham Driru County died of torture and abuse at the hands of Chinese Police in Prison, on February 6, 2021.

A Tibetan woman died in Chinese custody after she was hospitalised with severe torture following allegedly storing photographs of His Holiness the Dalai Lama, along with DVDs of Buddhist teachings by the spiritual leader of Tibet and allegedly contacting overseas Tibetans.