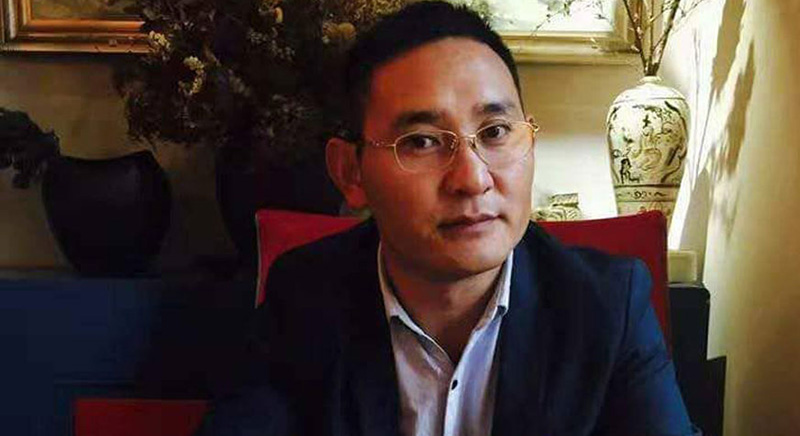 Dharamshala, India — A Tibetan writer from Pema County, North-eastern Tibet, was recently sentenced to four years in prison by Chinese authorities for his writings, following his arrest in 2019.

The former monk and writer Thubten Lobsang Lhundup (Dhi Lhaden) was arrested by Chinese authorities in June 2019 in Chengdu city, Sichuan Province, and has been detained for the past two years. He was recently sentenced to four years in prison on charges of "disrupting social order".

Further information, including the date of the sentence, the name of the court, and the place where he was imprisoned are unknown, due to tightened control of blocking information flow and preventing news on Tibet to reach the outside world.

Since 2008, he has been visiting various parts of Tibet to experience and record observations for his book, Tse Sok Le Trun Pe Kecha. Lhaden released his first book in the Tibetan language titled Tse Sok Le Trun Pe Kecha (Words Uttered with Life at Risk) in 2011. He has spent more than three years carefully writing this book about his observations and arguments about the causes and consequences of the massive Tibetan uprising in 2008. The 255-page book is divided into five chapters and also includes commentary on the Jekundo (Yushu) earthquake. The first chapter of the book is devoted to the 2008 Mass Uprising in Tibet, including a timeline of the protests, their causes, scope, repression, analysis by Chinese scholars, police brutality, and Chinese government propaganda against His Holiness the Dalai Lama.

Lhundup was born in 1980 at Dida Village, Pema County, Golog "Tibetan Autonomous Prefecture", Qinghai, eastern Tibet. Originally named as Lhaden (popularly called Dhi Lhaden), he was also known by his ordained name Thubten Lobsang Lhundup. At age of 11, he entered the local monastery and four years later, he joined Serthar Buddhist Institute. When he was 28, he went to Lhasa to study at Drepung and Sera Monasteries, however, he soon had to return to his hometown. With a keen interest in writing, Laden has been actively writing since the age of 22 and has won many awards.